A word from ... Philipp Mondelaers 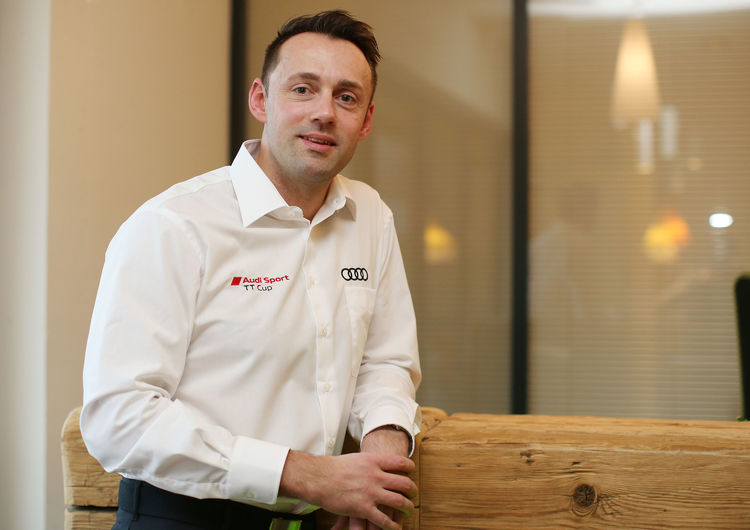 Since the beginning of the year, Philipp Mondelaers has been Project Leader in the Audi Sport TT Cup. Before the season opener of the Audi one-make cup as part of the DTM’s supporting program at the Hockenheimring on May 7 and 8, he provides an initial assessment.

How did the pre-season preparations go?

Especially the tests at Hockenheim clearly showed the performance potential of our budding drivers on the race track. We have a very good mix of rookies participating in the Audi Sport TT Cup for the first time and experienced race drivers. In the qualifying simulation, six drivers were within just five tenths of a second. This not only promises suspense galore, but plenty of variety on the podium as well.

You previously worked for Audi Sport in the DTM and in GT racing. How did the switch to the Audi Sport TT Cup come about?

I didn’t have to think for a long time when Rolf Michl as the former Project Leader made a move towards product marketing and I was asked whether I’d like to become his successor. For me, it’s the challenge I was looking for. I was seeking to become involved in something new. Leading the Audi Sport TT Cup project really fascinates me and I’m extremely excited about this great task.

What makes the Audi Sport TT Cup special for you?

Besides the actual program of a one-make cup, training the young race drivers clearly takes center stage. In 2016, the Audi Sport TT Cup again includes high-quality off-track content. From fitness camps, nutrition plans and media training sessions all the way to data analysis we provide the budding drivers with as many things as possible for a successful career in racing.

Talent promotion has a high priority in the Audi Sport TT Cup. Some of the drivers from the inaugural season have managed the leap into GT racing. Does that mean the training plan has paid off?

Absolutely. The great thing about the Audi Sport TT Cup is that it gives drivers visibility in the world of motor sport. I see that as a clear task of our one-make cup. The competition is extremely fierce even among the young race drivers. The Audi Sport TT Cup makes it possible for the talents to impress at a very early stage and to effectively show their potential for a future career path in the DTM’s supporting program as well. Obviously, I’m very happy whenever a GT3 team notices a driver’s good performances and the next step can successfully be taken that way.