A word from … Jamie Green 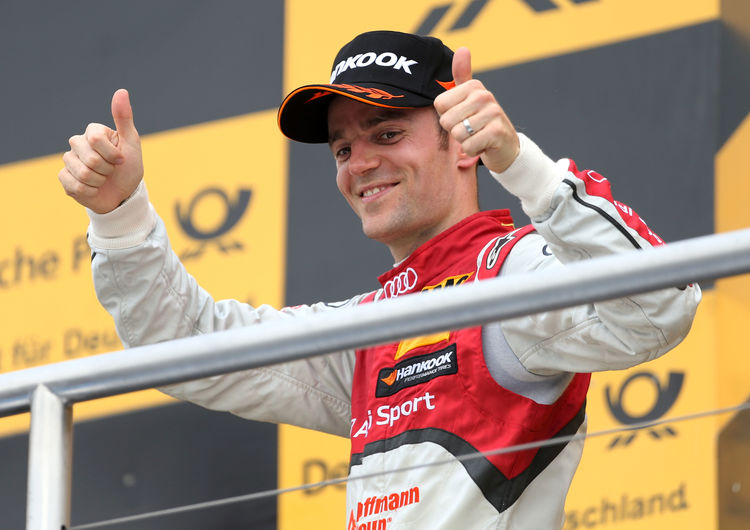 In terms of victories, Jamie Green with four wins under his belt is the most successful driver in the field of the 2015 DTM season.

There’s a question that only you can answer: What does it feel like to cross the finish line as the winner in the last race of the season, accompanied by big fireworks?

Winning the finale is very special. So many spectators in the Motodrom, rockets and firecrackers – you don’t find that in any other race. These are the moments I live for as a race driver. The photo will definitely be framed and find a nice place in my home.

2015 was your most successful year since you’ve been in the DTM. What was different or special this season?

It wasn’t just a single factor. Audi, the car, Team Rosberg – all these elements made for a near-perfect package this year. Singling out a particular item wouldn’t do justice to the situation. So, it wasn’t some kind of magic, but good people and hard work.

You won four races, more than any other driver in the field. How hard is it to be ‘only’ the runner-up in the championship in the end?

That’s not my way of thinking, even though, with ten victories for Audi, that might be a likely way to feel. I always analyze things race by race and ask myself: Did I do a good job? Was it my mistake that I didn’t score more points? What went wrong?

And what are the results of your analysis?

It’s almost funny in a way if it weren’t so hard. The technical difficulties on my car only came when I was in contention at the front of the field. My transmission didn’t fail while I was slipping around somewhere at the rear of the field in the rain but when I was leading on a dry track. When I started from position 17 in the second race at Hockenheim in May, my parking brake worked – but it didn’t when I was in position three of the grid at the Nürburgring.

What will the next few weeks of the runner-up in the championship look like?

First, we’re going to spend a week in England because my son still has a week of vacation. Then we’re going to return to Monaco when school starts again. Obviously, I’m going to get a bit of rest but then I’ll set up my training schedule and start riding my bicycle in the mountains. Next year, I’d like to come back even stronger.