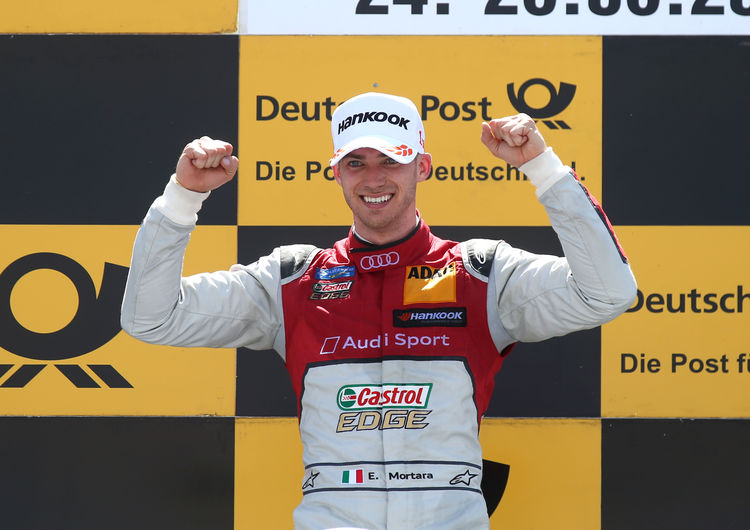 The Italian about the joys of fatherhood, an excursion into GT racing and his DTM title chances.

About three weeks ago you became a father for the first time. How has the birth of your daughter Sofia changed your life?

It’s really great to be a father. I have more responsibility now, but everyday life has clearly changed more for my wife than for me. Due to regular breastfeeding, for example, she hardly gets any sleep. But I support her in everything else as much as I can.

You used the short DTM summer break last weekend for a run in the 24-hour race at Spa. How was it?

I always tremendously enjoy competing in a 24-hour race – be it at Spa or at the Nürburgring. This year I contested both races for the first time. That was really a great experience. Both races differ at lot from each other in terms of their characteristics. At the Nürburgring, there are various classes whereas GT3 cars exclusively race at Spa. At Spa, we were even running in position five some of the time but, unfortunately, an accident at night caused us to lose some ground and we ultimately took ninth place overall. I’m very thankful to Audi Sport and I.S.R. Racing for the opportunity to race at Spa. It’s always fun to drive the Audi R8 LMS.

Speaking about the DTM, you’re currently in third place of the standings, but the only driver to have won more than one race, have mounted the podium four times – another unrivaled achievement – and have the largest number of leading laps. What else is possible?

Unfortunately, the unnecessary drive-through penalty in Saturday’s race at Zandvoort cost valuable points. Otherwise I’d be trailing the leader of the standings, Marco Wittmann, by just a few points. But I’m pretty happy with the way the season has gone so far. Nothing’s been decided yet. I’m going to give my all in the remaining eight races and then we’ll see how I’ve fared in the end.