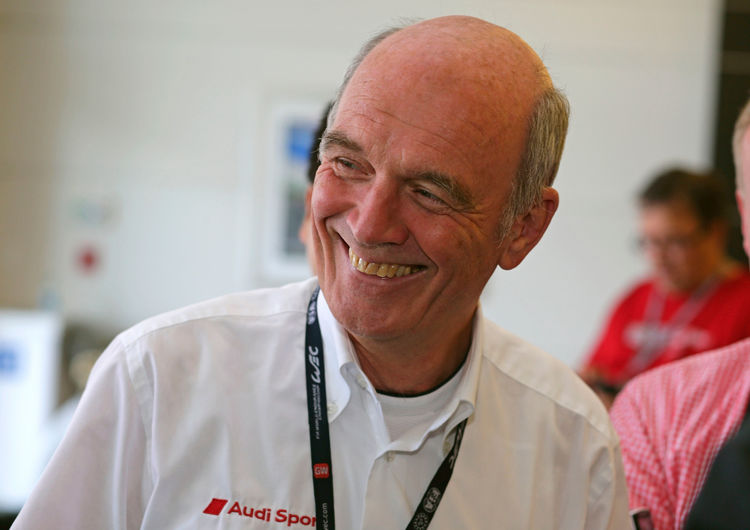 The Head of Audi Motorsport following the double podium success in the FIA WEC at Austin.

Dr. Ullrich, in round five of the FIA World Endurance Championship (WEC) at Austin, both Audi driver squads were on podium for the first time this year. How do you rate this result?

We’re happy that Marcel Fässler/André Lotterer/Benoît Tréluyer in a tough race have retained a ten-point advantage in the standings. The first podium success of the season for Lucas di Grassi/Loïc Duval/Oliver Jarvis is another positive. They had to cope with a lot of setbacks this year, although in the qualifying sessions and the races they repeatedly showed that a lot more is possible. As far as this goes, I’m happy about the double podium. However, in the battle for overall victory, we had to admit defeat for the first time in an FIA WEC race in the United States.

The conditions in Texas were particularly tough. What were Audi’s strengths?

As a matter of fact, air temperatures of 34 degrees centigrade and 42 degrees on the tarmac made for the toughest conditions we’ve seen this year. A simple detail illustrates our strengths: we were the only manufacturer in the LMP1 class to actually cross the finish line with both cars. This reliability, coupled with the performances of the drivers, earned us the trophies. Even though our first practice day was anything but optimal, our drivers and the team continued to work undeterred and kept a cool head in the race.

How intense will the next weeks be in terms of work?

We’re now facing the most exciting weeks of the whole season. The FIA WEC and the DTM are turning onto the finish straight and in both championships we’re battling for the title. All employees, the drivers and the teams are working toward these goals. At the same time, the race cars for the coming season are being created. I’d be remiss not to mention our customers in racing: at Austin, an Audi customer sport team has come within one point of leading the standings in the Tudor United SportsCar Championship and in other GT racing series the title race is still going on as well plus, the first champion will soon have been determined in the Audi Sport TT Cup.