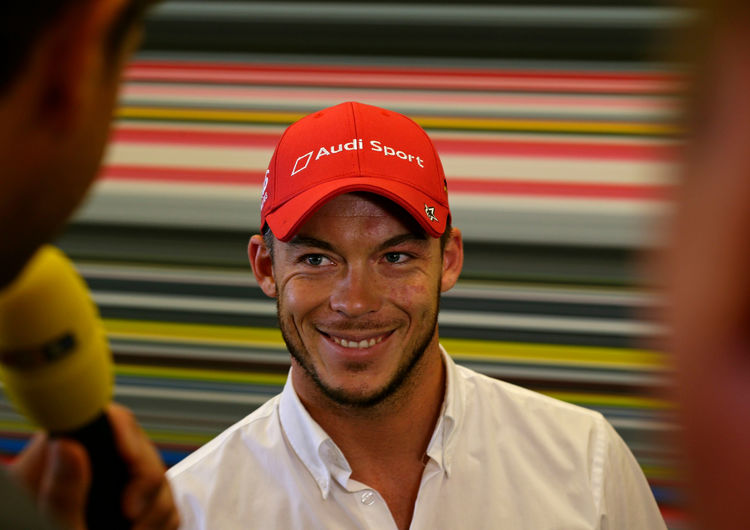 Japan is a second home for the Audi driver. The sixth round of the FIA World Endurance Championship WEC starts here on October 11.

How important is Japan to you?

I love the country, enjoy living here, have great respect for the people and love Japanese cuisine. I’ve been racing in Japan since 2003 and have lived in Tokyo now for many years. The WEC race at Fuji is a kind of home race for me, and I look forward to it because of this. The spectators are enthusiastic – sports car races have a great tradition in Japan.

What are your sporting goals with your teammates Marcel Fässler and Benoît Tréluyer?

We won two races at the start of the season. After taking two third places in summer, we were second most recently in Texas. To be perfectly honest, I’ll only be happy when my teammates and I won at Fuji with Audi. We know just what a challenge this will be from the past. The track is very challenging for the technicians and us. And not forgetting that the weather in October in the mountains can play a major role. Two years ago there was heavy rain, last year a typhoon was raging at the time and just missed us.

Will you just stay in Japan for the WEC race?

No, I’m currently spending several weeks in Japan. After our race in Austin, I spent a few days in America before flying to Tokyo. I’ll also stay in the country after the race at Fuji. After our 6-hour race, it’s almost a small tradition now that I invite the entire Audi team on Monday to a big party in Tokyo. A week later I race at Sugo in the north of Japan. The next WEC race in China is then on the agenda on November 1.