Reinis Nitišs is the new signing at EKS. Although just 21 years old, he brings plenty of experience to the team and in the FIA World Rallycross Championship is holding a record no-one is going to take away from him soon.

Nitišs started his motorsport career in karting at the age of six and celebrated his first title when he was 13. At that time, it was too early to tell that Reinis would be following in the footsteps of his father, Aigars, who in 2005 became the Latvian champion in autotrek, a type of speedway racing with cars instead of motorcycles. Following a brief foray into motocross, Reinis Nitišs in 2011 switched to rallycross where the avid cross-country skier and endurance athlete continued his success story. In 2013, he became European champion in the Super1600 class. A year later, at the age of 18 years and 181 days, he was the youngest driver to date to win a World RX round in the Supercar class and finished the World Championship in third place. Consequently, Nitišs, in 2014, was voted Latvia’s Sportsman of the Year.

The youngster regards switching to the World RX winning team, EKS, as a unique opportunity, intending to repay the trust placed in him by scoring top results in the 560-HP Audi S1 EKS RX quattro. But even off the race tracks, Nitišs, who is a celebrated star in Latvia, regularly makes his mark – for instance with his intensive involvement in the development and implementation of the rallycross track in the Biķernieki Sports Complex in Riga. In addition, he pitted himself against the players of FC Arsenal in a goal wall shooting event last season and drove a speed boat.

Since last year, Nitišs has also been ambassador of the Road Traffic Safety Directorate campaign that aims to help sensitize aggressive drivers to conscious behavior in road traffic. In other respects, the Latvian, who is not just recognized by motorsport fans, is a sought-after star at home as well. For instance, he regularly appears in country-wide sports television shows and recently was a guest on the major prime-time evening show Es mīlu tevi, Latvija! as well.

Like his two EKS teammates, Nitišs privately uses an Audi. Preferring cars that are fast and comfortable, he has found the Audi A5 to be the perfect solution for him. 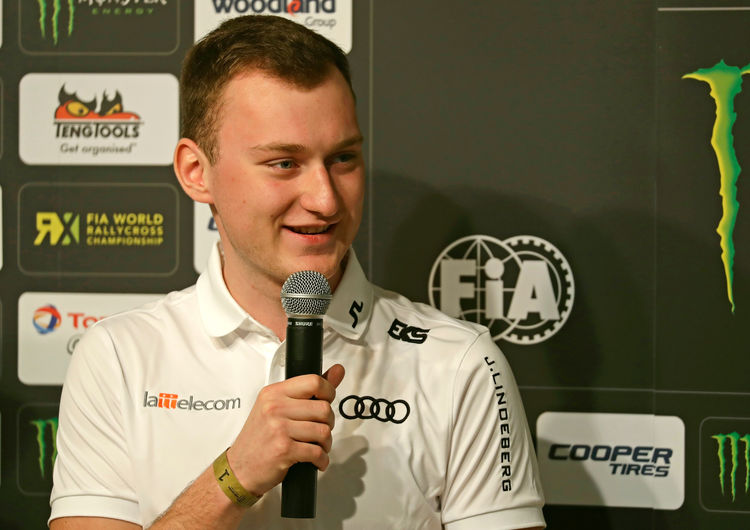