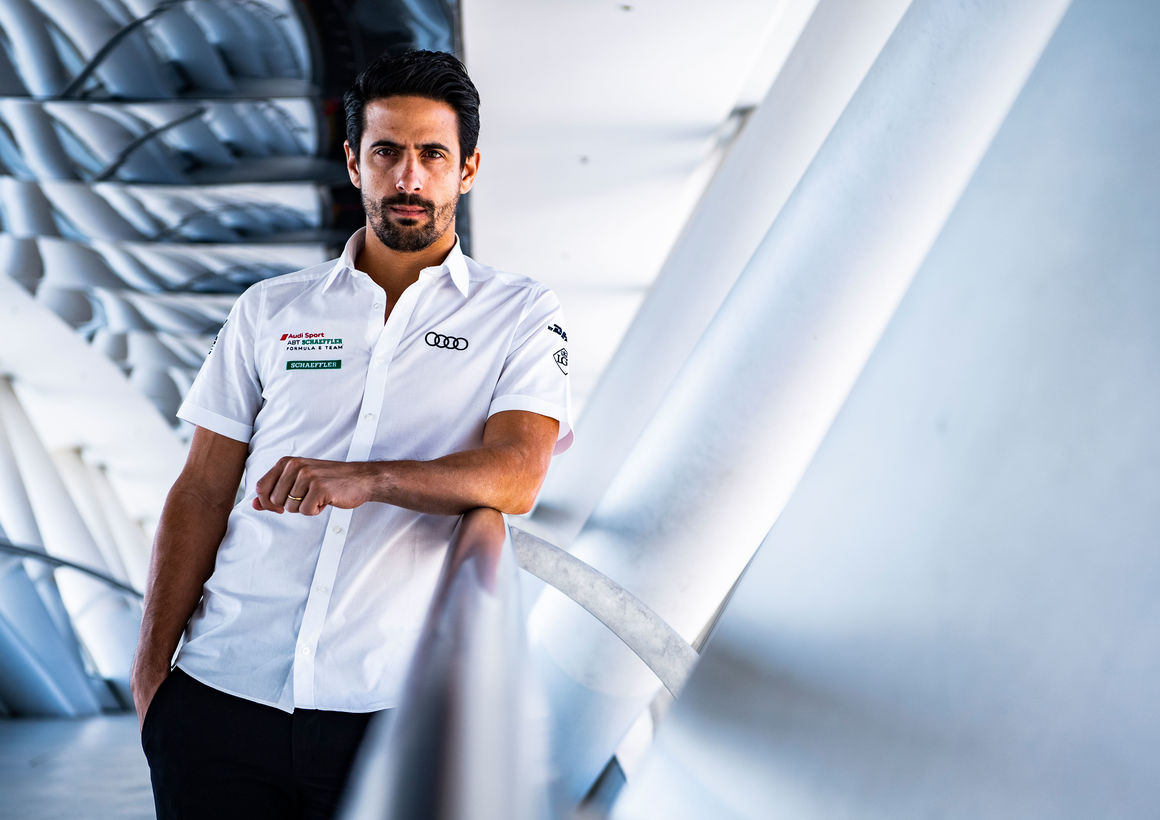 Lucas di Grassi is one of the fixtures in Formula E. With 32 podium finishes, 10 victories and 796 points under his belt, he is more successful than any other driver in the electric racing series. Even off the race track di Grassi is a spirited ambassador of electric mobility.

Lucas di Grassi and Formula E have belonged together from the get-go. Even before driving his first kilometers in the electric race car, he was working on the basics and processes of the racing series together with its founder, Alejandro Agag. Since then, di Grassi has been a fixture in the field of entrants. He is still one of only two drivers – Sam Bird being the other one – to have been on the Formula E grid and in each race from day one.

When looking at the Formula E statistics, there is no getting around Lucas di Grassi’s name either: With 796 points, 10 victories and 32 podium finishes under his belt, he is the most successful driver in the field after six seasons. Unforgotten have been his victory in Formula E’s inaugural race in Beijing in 2014, his driver-title win in 2016/2017 and the teams’ championship in 2017/2018.

His passion for technology and innovation play an important role in di Grassi’s private life as well. As a founding member of and consultant to Roborace, he is driving the development of autonomous vehicles. A new project pursued by the Brazilian is the eSkootr Championship (eSC), a racing series for electric scooters. As a co-founder and sustainability ambassador of the series, di Grassi has been advancing sustainable urban micromobility since 2020.

As a UN climate ambassador, the Brazilian has been active in environmental protection and furthering the cause of enhancing the climate. For the Formula E documentation “The Race for Clean Air,” Lucas di Grassi visited a megacity that is in one of the top spots of the world’s bad-air quality ranking: the Indian capital New Delhi. On the ground, di Grassi obtained a personal impression of the conditions, talked with people affected by it and learned about projects that are planned to improve the situation. In the documentary “And We Go Green” that takes viewers behind the scenes of Formula E, Lucas di Grassi was one of the protagonists, too.

Outside the cockpit, Lucas di Grassi enjoys high recognition in the paddock: with the media as an authentic conversation partner who rarely minces his words, with fans, because he grants nearly every wish for a photo or signature and, last but not least, with the engineers of his team, because he not only delivers strong race results, but also advances the development of the race car with his experience and precise feedback.

Lucas di Grassi lives in Monaco together with his wife, Bianca, and son, Leonardo. For the native Brazilian, the Côte d’Azur with its pleasant weather and ideal opportunities for sports is the perfect place to live.