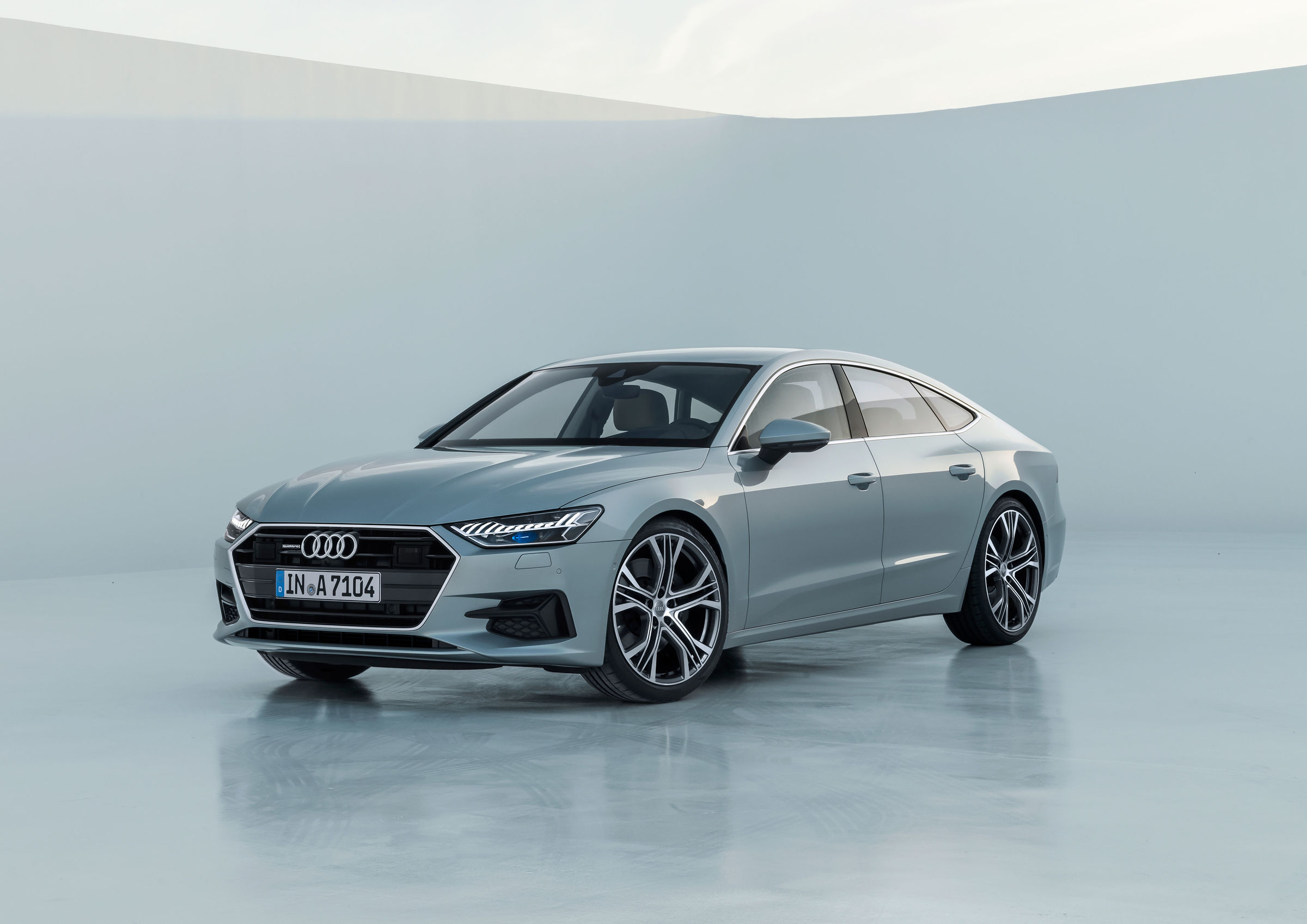 Audi made a bold statement with the first generation of the A7 Sportback, which appeared in 2010 – the four-door coupé combined elegance and dynamism in a wholly new way. In its second edition, Audi’s four-door Gran Turismo is the next, impressive showcase of the new luxury class design language, which made its debut in series production with the new A8. The marked progressiveness of the new A7 comes from reducing the used design elements. The sculptural body defined by striking edges signals sporty elegance from all angles. The result is the consummate expression of the basic values of the brand with the four rings – progressiveness, sportiness and sophistication.

The Audi A7 Sportback is an athletic sculpture with a long engine hood, long wheelbase and short overhangs. Thanks to its clear design language, it conveys presence and an alluring appeal. Pronounced contours emphasize the large wheels and reference Audi’s quattro genes. These genes determine the proportions of the vehicle’s body. All volumes, surfaces and edges have been designed with the utmost precision. The silhouette is defined by the dynamic character of the greenhouse, which drops sharply toward the rear.

All of which combines into the athletic aesthetics that make the four-door Audi coupé so enthralling. Four figures encapsulate the sporty character and the muscular proportions of the large coupé: It is 4,969 millimeters (16.3 ft) long, has a wheelbase of 2,926 millimeters (9.6 ft), 1,908 millimeters (6.3 ft) wide, and stands only 1,422 millimeters (4.7 ft) high.