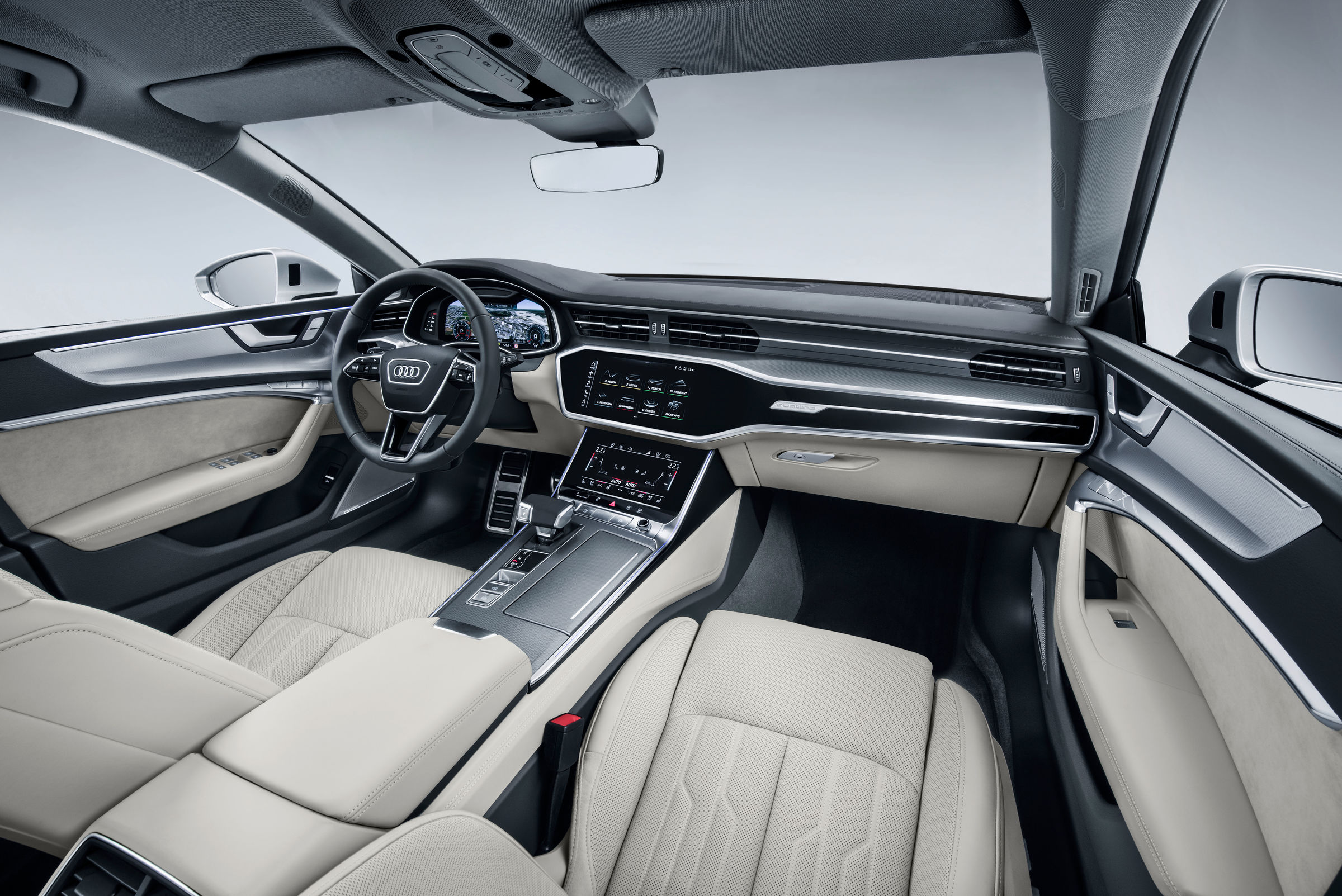 With its strictly horizontal orientation, the instrument panel appears light and sleek. Its strong three-dimensional structure reinforces this impression and is based on a logical structure of various elements; the low upright section houses the air vents, with extensive decorative surfaces constituting the flat surface underneath. The focus is on the “black-panel architecture” which faces the driver and into which the top MMI touch response display is integrated fully and almost seamlessly. A narrow decorative trim together with the quattro badge lends structure. This corporeal sculpture is surrounded by an aluminum-look frame. As a result, form and function fuse in the interior of the new Audi A7 in a unique way, the kind of marriage you would otherwise usually only find on show cars.

To the left of the steering wheel is a second, smaller operating panel which includes all the controls for the lighting functions. Optionally, Audi can supply an entirely black area; it provides the user with tactile and acoustic feedback, just like a conventional switch. The asymmetrically shaped console in the center tunnel also stands out with its black-panel look; this is home to a second MMI touch response display with 8.6-inch screen diagonal. The adjacent row of buttons can also be finished as an option with the same black look and sensory features.

On the center console, all the other buttons have been arranged with meticulous attention to detail into logical control units, such as the standard-fit shift-by-wire lever. This arrangement emphasizes the interior’s sportiness. The head-up display, which Audi supplies as an option, is fitted almost invisibly into the surface of the instrument panel.

The door trim surrounds the instrument panel with a large gesture and appears to literally support it. This progressive reinterpretation of the hallmark Audi wrap around visually creates a self-conscious connection to the hood’s swept lines. The doors also feature pronounced three-dimensional styling. The armrest and the pull handle flow into an elongated, three-dimensionally shaped aluminum panel, which gives the entire area the feel of a wing.


A wide range of seat options is available, aimed at the very sporty and the comfortable side of the Gran Turismo spectrum. The sleekly styled, contoured seats stand out with their superb workmanship. One innovation is the laser-controlled perforation of the seat leather – a powerful example of how Audi harmonizes technology and aesthetics.