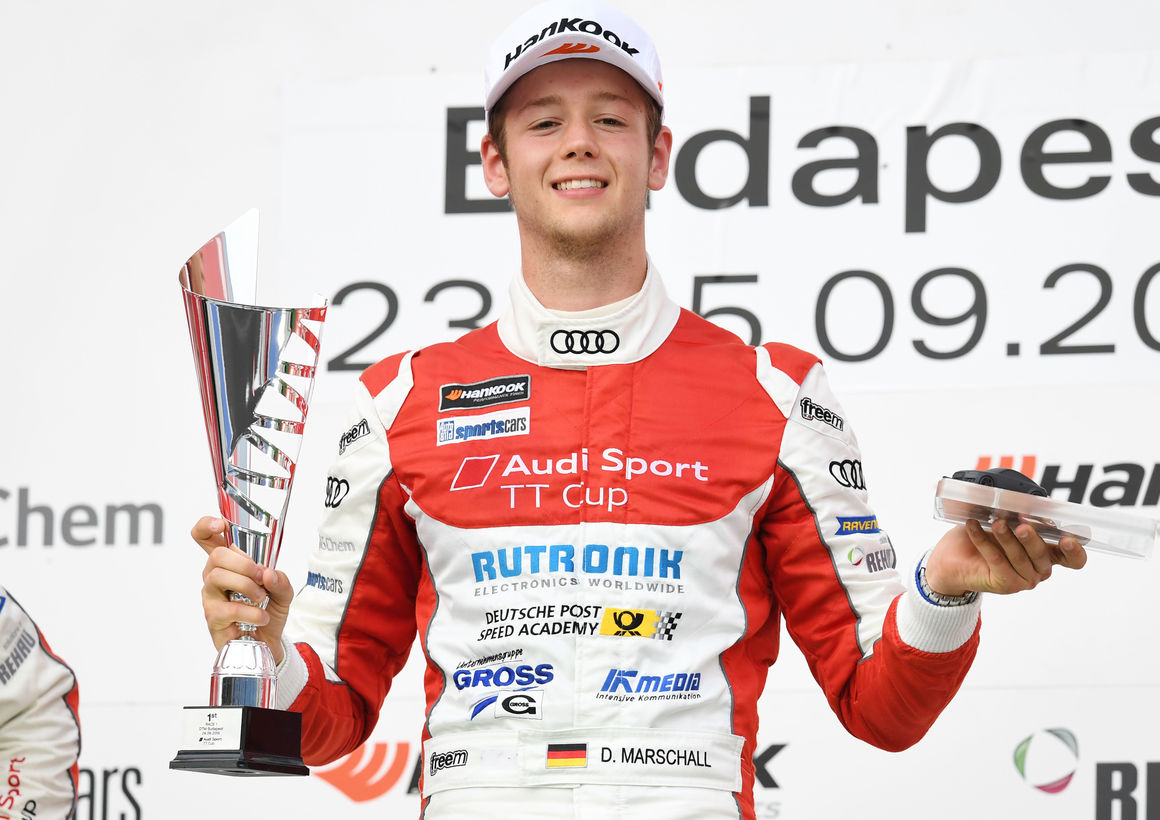 The question of who is going to win the title in the Audi Sport TT Cup may already be decided at the Hungaroring. On the sixth of seven race weekends, two stars from the FIM Superbike World Championship (WorldSBK), Chaz Davies and Xavier Forés, will be on the grid as guest entrants. The races in the Audi one-make cup will be held as part of the DTM supporting program on Saturday, September 24, and on Sunday, September 25.