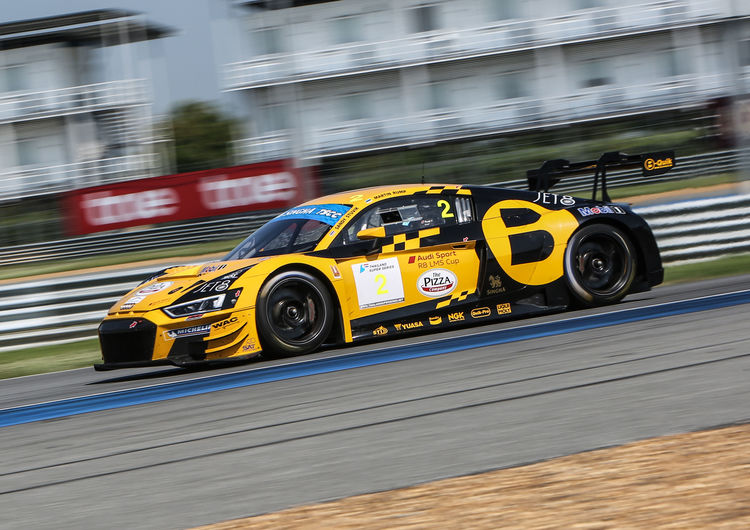 First title in Thailand: Team B-Quik Racing, an Audi Sport customer team since 2014, celebrated its first title success in the Thailand Super Series. By scoring his second victory this season and a runner-up finish together with Martin Rump in the season’s finale at Buriram, Sandy Stuvik secured the drivers’ title in an Audi R8 LMS. Following a retirement in the finale, team owner and driver Henk Kiks together with Daniel Bilski finished the season in third position of the standings. After Bilski and Kiks had crowned themselves AM Champions ahead of time, the teams’ title also went to B-Quik Racing on the final weekend.

Second title success in the TCR China: The New Faster team has won the TCR China for the second time with the Audi RS 3 LMS. After Andy Yan decided the Chinese racing series in his favor in 2017, the customer team from China was now successful with Huang Chu Han. In the finale at Zhuzhou, the Chinese only needed a fifth and a sixth position to win the racing series with a four-point advantage. For the Audi RS 3 LMS, this marks the third drivers’ title this year and the ninth in total since its maiden season in 2017. In the teams’ classification, the title also went to the New Faster squad.

A victory and a second place at the Nürburgring: The Audi RS 3 LMS finished the VLN Endurance Championship Nürburgring with two podium successes. The Norwegian Møller Bil Motorsport team won the TCR class by a razor-thin margin. Atle Gulbrandsen/Kenneth Østvold/Håkon Schjærin crossed the finish line with an advantage of 0.9 seconds after four hours of racing. In spite of having contested only six of nine rounds, Schjærin/Østvold thus clinched the runner-up’s spot in the final TCR classification. In the SP3T class, Team MSC Sinzig e.V. im ADAC relied on an Audi RS 3 LMS in the VLN finale as well. Peter Muggianu/Roger Vögeli/Roland Waschkau finished runners-up.

Podium in France: In round seven of the French Trophée Tourisme Endurance club racing series, Team Motorsport Développement claimed a spot on the podium. Mané Vignjevic/Pierre-Etienne Chaumat in an Audi RS 3 LMS saw the checkered flag as the second-best team in the T4 class after four hours of racing at Magny-Cours.