Quotes after qualifying at Dijon-Prenois 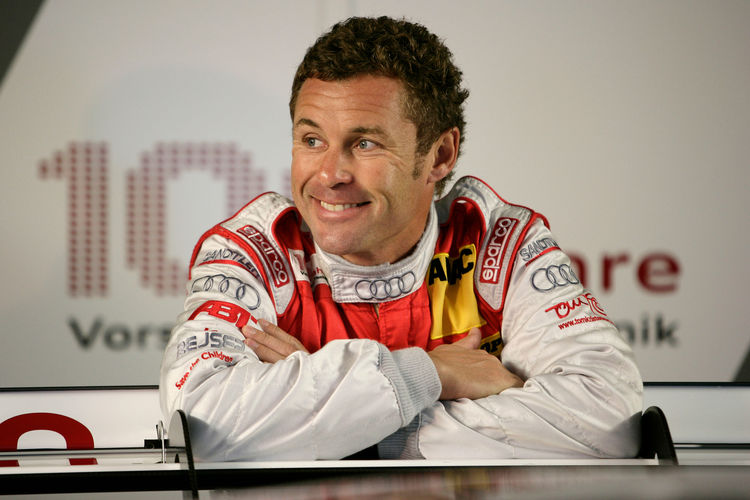 Qualifying for the DTM debut at Dijon-Prenois (Sunday, starting at 13:45 pm – German time – live on “Das Erste”) was spiced by rain. Quotes from the Audi camp.

Dr. Wolfgang Ullrich (Head of Audi Motorsport)
“I’m happy for Tom (Kristensen) and Mattias (Ekström), who demonstrated our potential by their positions on the second row of the grid. But of course I’m not satisfied with the qualifying result. That Timo (Scheider) didn’t manage getting past the first section is a setback in the title fight. Together with his race engineer he thought it was better to stay on used slicks in the drizzling rain. Unfortunately, it stopped raining exactly at that point and it was too late for a tire change. Surely that was a bit unfortunate. In the last qualifying section, in which all four vehicles were running on rain tires, I no longer expected a pole. For the race on Sunday, for which dry conditions are predicted, I’m optimistic. Of course Timo has to be very careful on his grid position. And for all other Audi drivers the following applies: Every point they score will not go to Mercedes and will help us in the fight for the title.”

Tom Kristensen (100 Jahre Audi – A4 DTM 2009 #2), grid position 3
“That was an interesting qualifying on a really nice race track with quick stretches. It constantly goes up and down – and today also with quite a bit of confusion in changing conditions. The rain got heavier and heavier from one sector to the next so that in the end we had to drive on rain tires. On slicks I’d have definitely been hoping to clinch pole but, this way, we’ve got to be content with third place. The team did everything right today and made good decisions in difficult situations. For tomorrow, I’m hoping for sunshine and then we’ll be putting lots of pressure on the two Mercedes guys there at the front.”

Mattias Ekström (Red Bull Audi A4 DTM 2009 #5), grid position 4
“Of course fourth place is never a dream result, but it is okay. I made it into the fourth qualifying with relatively few problems. But on rain tires I was unable to hold my ground against the Mercedes drivers. I’m hoping to be able to counter tomorrow. I want to at least finish on the podium.”

Martin Tomczyk (Red Bull Cola Audi A4 DTM 2009 #6), grid position 9
“It was a difficult qualifying because we had mixed conditions. It was constantly drizzling a bit. You had to be out at the right time. That’s exactly when I was out on the track but I was lacking seven hundredths in the end because I made a small mistake. Ninth place means I’m in the middle of the pack. Gary Paffett will start directly in front of me.”

Oliver Jarvis (Audi Cup A4 DTM 2008 #15), grid position 10
“Despite the changing weather it was fun. We missed the third qualifying by a tenth. I’m satisfied with our performance. I’m the best driver of a year-old Audi again. The car felt very good. That was probably the maximum we could achieve with this additional weight. I’m happy and look forward to a good race on Sunday.”

Alexandre Prémat (Audi Bank A4 DTM 2008 #14), grid position 12
“I’m not happy but it wasn’t really too bad either. The field was very close. None of the 2008-spec Audi cars made it into the third qualifying. I finished in twelfth, Oliver (Jarvis) in tenth place. I’m hoping for a good start and an aggressive strategy.”

Markus Winkelhock (Playboy Audi A4 DTM 2008 #12), grid position 14
“The car felt pretty good. Balance was really good, but it’s a fact that we’ve got 20 kilograms more on board than the 2008-spec Mercedes cars. The time we set in qualifying 1 was pretty good. In qualifying 2 I made a mistake on the first set of tires. My time would have been clearly faster. When I drove on the second set it started to slightly drizzle.”

Mike Rockenfeller (S line Audi A4 DTM 2008 #11), grid position 15
“After qualifying 1 we had already reached the end. Like everyone else, we also decided to start driving on slicks. However, we had already set up the car for rain. Of course that didn’t help me. My teammate Markus (Winkelhock), for instance, drove with normal camber for dry conditions. You could see that he was a bit faster than I. I wasn’t lacking much to make it into Q2, and then we could have changed the camber. But this way there was nothing we could do anymore.”

Timo Scheider (GW:plus/Top Service Audi A4 DTM 2009 #1), grid position 16
“This has been the worst qualifying in years. Of course it’s too bad that this happened today in particular. But it goes to show how the DTM is: it’s very tough. There are no freebies. Today, we made a wrong decision. Now we’ve got to live with it and accept it. 16th place is not nice but tomorrow we’ll be racing. Then we’ll see what we can still make of the situation.”

Katherine Legge (Audi Collection A4 DTM 2008 # 21), grid position 17
“The first qualifying was really difficult. At first we thought that the track would stay wet but then it looked as though it would be drying off. In the beginning it was slippery; then it started drying. We weren’t good enough in qualifying – that’s a shame because we were better in the morning.”

Hans-Jürgen Abt (Team Director Audi Sport Team Abt Sportsline)
“That wasn’t a good qualifying for us. We didn’t get it right the way we should have. A few mistakes were made and the weather conditions weren’t in our favor. But it was the same for everyone. It was a gamble. That Timo (Scheider) fell short in the first qualifying was particularly bitter. He was sure that he’d be able to advance with seventh place. But then it wasn’t enough after all. This is something which you always have to expect in the DTM because the competition is close. Now we’ve got to advance in the race.”

Ernst Moser (Team Director Audi Sport Team Phoenix)
“It was very, very close today. We always had to use a second set of tires for both cars in both qualifying sessions. But in the second qualifying that wasn’t enough either. We were lacking just one or two tenths but simply didn’t manage driving any optimum laps. Without them, you’re no longer in. But the cars and their balance are good. We can make something out of that tomorrow.”

Arno Zensen (Team Director Audi Sport Team Rosberg)
“Honestly speaking, I’d been hoping for more. Our strategy didn’t work out. Actually, it was clear to me that we wouldn’t make it into the third qualifying. Still, I’d have expected us to be closer to the front of the field – say on positions ten to twelve.”