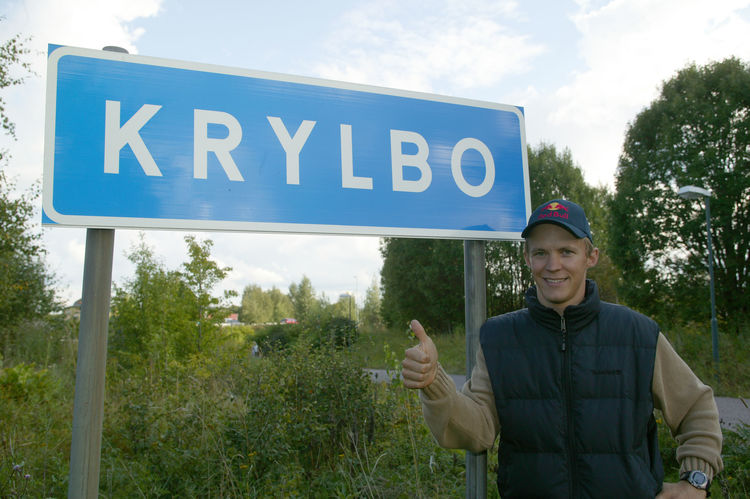 "When the young guns appear on the scene, the old foxes will have to watch out.“ For this announcement during the official DTM presentation in Hamburg last spring Mattias Ekström received both applause and lots of smiling faces. Meanwhile the smiles have disappeared – at least from the faces of his competitors: By winning the race at Brno in the Czech Republic, the Audi works driver clinched the title in Europe’s most popular touring car series as early as one round before the season’s finale. The 26-year old Swede succeeds record champion Bernd Schneider (Mercedes-Benz), while claiming the title for Audi right in the first year of the brand’s DTM comeback as a manufacturer.

Mattias Ekström has been competing for the brand with the four rings since the 2001 season – first for Audi’s customer team Abt Sportsline and, since this year, as an official Audi works driver for Audi Sport Team Abt. Despite the many changes that have occurred since his first DTM stints, the fair-headed lad from the quaint village of Krylbo in the heart of Sweden has remained true to himself. His father, Bengt, and his mother, Agneta, continue to travel to every race in their huge self-made motor home, cooking his favourite meals to give their son a touch of home. Porridge for breakfast – this may not exactly match the rather cool image typically associated with Ekström, but his explanation is simple: “It’s exactly the right thing for me and gives me lots of energy – even if some people laugh about it.“

But that’s not all, because the 1999 Swedish Touring Car Champion, who had started his career in karting, followed by a direct ascent into the “big“ touring car class via a manufacturers’ cup, does not seem to fit the stereotypical image of a racing driver in general. A sports car? Partying all night until the break of dawn? A flat in Monaco’s tax haven? Any of these propositions will merely provoke a broad smile on Ekström’s face. The fuel consumption of his Audi A4 TDI is far too economical, his time much too valuable to be wasted on nights of drinking. And the tranquility in Krylbo is much too enticing. His comfortable home in a yellow-white terraced house is only a few metres away from the river Dala – jet ski outings, fishing or simply spending a few hours on the banks of the river, far away from suspension set-ups, sector times or technical meetings.

During his times of leisure at home, Ekström is seldom alone, though. For seven years now, he has been together with Tina Thörner, a partner with whom he’s been living in perfect harmony in every sense of the word: the two are sharing a level of intimacy in their private lives that is hardly matched by any other couple. And even with respect to motorsport, the rally co-driver has been a partner to Ekström who not only understands but can discuss racing issues with him. That is, provided the couple have a chance to talk at all: for well over a year, Moss, Ekström’s Jack Russel terrier, named after motorsport legend Stirling Moss, has been claiming lots of attention and keeping the Swedish dream couple constantly on the go.

Relaxing, resting, dreaming – at the trackside the daily routines of a DTM champion rarely offer any room for such pastimes. Fully concentrated, professional, constantly focused on the issues and coming up with the right approaches – these are the virtues which the people working with him appreciate in Ekström. And they admire and relish the ease, friendliness and cheerfulness with which Ekström navigates the rough waters of the DTM, and which he has retained ever since his first start in an Audi car three and a half years ago. To his crew of mechanics and engineers, a mix of fellow Swedes and Germans, he has been more of a friend than a driver and colleague. His combination of refreshing warmth and gifted ability of bringing performance to top levels in every single second of a race weekend have quickly won the hearts of his – predominantly Bavarian – team members. And thus Ekström has become a member of a family that started with the name of Abt Sportsline and that – with the addition of Audi and Audi Sport Infineon Team Joest – has since evolved into a large, cohesive community.