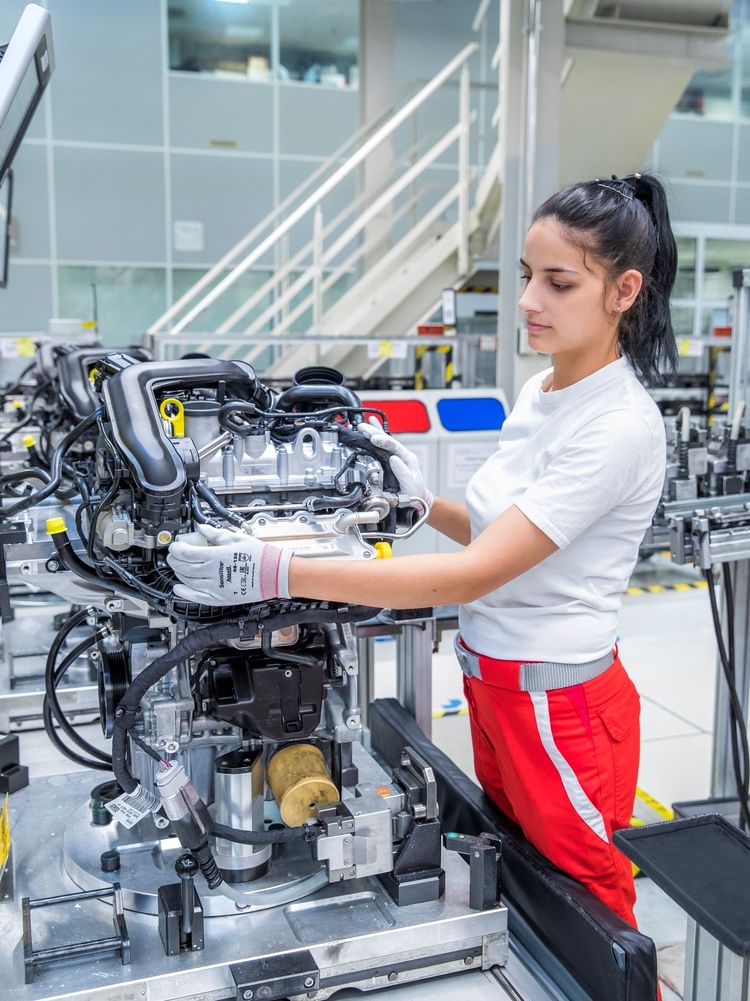 Series production of the first three-cylinder engine starts today at Audi Hungaria. The 1.0-liter gasoline engine delivering 63 and 85 kW (86 and 116 hp) is efficient and powerful.

“Our engine production facility adapts flexibly to new trends in the automotive industry,” says Achim Heinfling, Chairman of the Board of Management at AUDI HUNGARIA Zrt. “While establishing alternative drive systems, we are also consistently developing our combustion engines. With the series production of the new three-cylinder engines we are adding another efficient and powerful engine type to our portfolio.”

Innovative solutions ensure that the three-cylinder engine is efficient and environmentally compatible, for instance the high-performance turbocharger with close-coupled gasoline particulate filter. This reduces particulate emissions from direct-injection gasoline engines by up to 90 percent. The three-cylinder engine weighs 92 kilograms (202.8 lb) and will be fitted in various Volkswagen Group models, for example Audi A3, Volkswagen Golf, SEAT Léon und Ateca.

“Our 6,000 employees in Engine Production produce around two million engines per year, making us one of the world’s largest engine manufacturers,” says Herbert Steiner, Member of the Board of Management for Engine Production at AUDI HUNGARIA Zrt. “We currently produce three, four, five, six, eight and ten-cylinder engines and supply 32 production locations in the Volkswagen Group.”

This year, Audi Hungaria’s engine production portfolio will be expanded to include future-oriented electric motors. Preparations for the start of series production are in full swing.