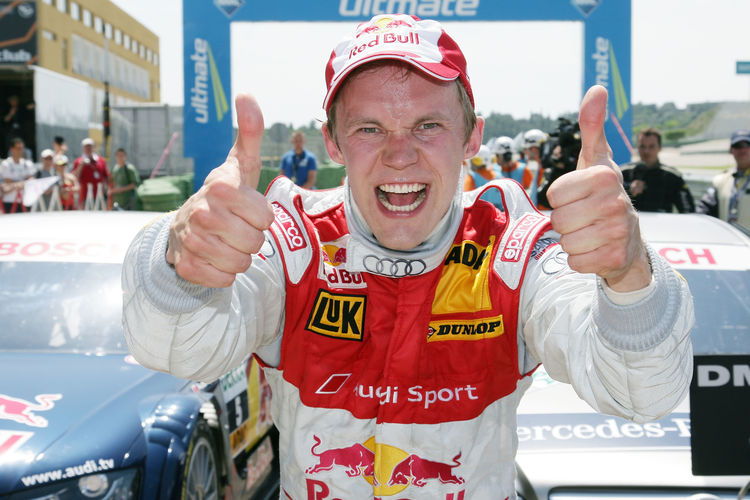 For the two-time DTM Champion Mattias Ekström a small dream is coming true today: at the invitation of Red Bull, the 31-year-old Audi driver is performing track tests in a NASCAR vehicle at the Virginia International Raceway in Virginia (USA) to support the squad in preparing for the upcoming race.

“It’s no secret that the NASCAR series fascinates me and that it’s been a long-harbored dream of mine to drive such a car,” says Mattias Ekström, who clinched his first DTM victory of the year at Valencia on Sunday. After Scott Speed’s team-mate Brian Vickers was unable to test for health reason, the Red Bull squad in the United States remembered the interest shown by the Swede who has been contesting the DTM in Red Bull livery for nine years as well. Audi Sport approved the excursion by its driver.

”The racers of the Audi family live motorsport with a great passion. That’s why we are pleased to support wishes like Mattias’ for a NASCAR adventure,” says Head of Audi Sport Dr. Wolfgang Ullrich. “Mattias has proven his versatility and class in many different motorsport disciplines such as in rally sport or at the ‘Race of Champions.’ We’re excited to see how he will do in a car and on a track that are both new to him.”

Ekström’s excursion to the United States is not purely a pleasure trip, though. With the test, he is supporting the team’s preparations for the races that will not be held on the NASCAR-typical oval: Sonoma on June 20 and Watkins Glen on August 8. The Red Bull squad can count on the experience of a proven road course expert like Ekström.