Skip to content
We are using cookies for a better user experience.
09/14/20
Neuburg a. d. Donau
Sports 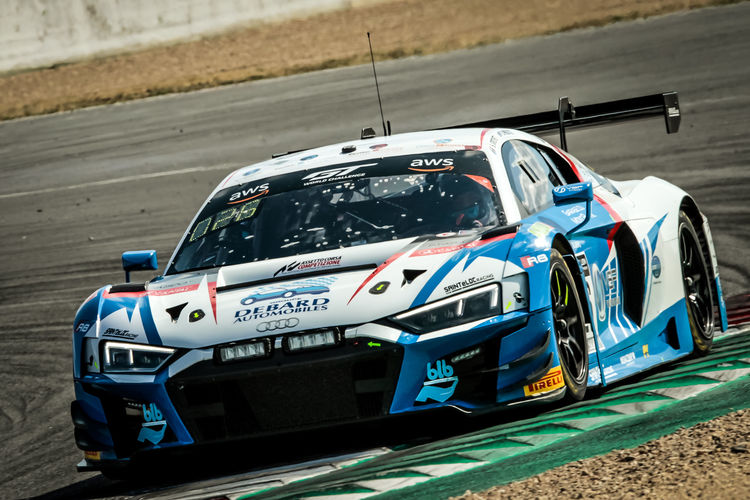 It was the weekend of the privateers: Two French private drivers won a race in the Audi R8 LMS in the GT World Challenge Europe Sprint Cup, while Comtoyou Racing celebrated its first victory of the season in Zolder and stormed to the top in both the TCR Europe and the FIA WTCR with the Audi RS 3 LMS in two championship standings each.

Victory and championship lead in GT World Challenge Europe: The Audi Sport customer racing teams remain on the road to success in the top-class European GT3 league. At its home race in France, Saintéloc Racing scored its first victory of the season on the second weekend of the sprint racing series. Simon Gachet in the Audi R8 LMS had qualified for pole position in Sunday’s sprint race at Magny-Cours. In the first half of the race he gained a lead before he left the cockpit to his French compatriot Steven Palette in the one-hour race. After a rival team had delayed its mandatory pit stop for a long time and returned to the track after a good stop in front of the Audi, Palette put pressure on the car in front of him. Two laps later the leader made a mistake and Audi privateer Palette took the lead again. Up to the finish line, he was eight seconds ahead of his pursuer. For Steven Palette it was the first success in this series, for Gachet already the second after Zandvoort in 2019. The two young drivers thus also won the Silver Cup classification of the race, which is for young drivers. Previously, only one Silver driver pairing had also achieved an overall victory. The customer team Belgian Audi Club Team WRT earned another trophy in Saturday’s first sprint. Charles Weerts and Audi Sport driver Dries Vanthoor finished third ahead of three other Audi R8 LMS cars. The two Belgians Vanthoor and Weerts are leading the sprint classification at the halfway point of the season and are also ahead in the overall classification of the racing series. The Belgian Audi Club Team WRT is also leading the team standings in sprint, endurance and overall classification. Gachet and Palette, with Saintéloc Racing, are also ahead in the Silver Cup sprint classifications.

Second victory of the season in the GTC Race series: After his opening success in the club racing sprint series GTC Race, Markus Winkelhock also managed to win a race on the Nürburgring on the second event. The Audi Sport driver crossed the finish line in an Audi R8 LMS of the Space Drive Racing team in the first race of the event with a lead of nearly four tenths of a second. In the second sprint, he finished runner-up.

Two podium places at the season opener: At the start of the South Island Endurance Series in New Zealand, two Audi customer teams took the podium at the Teretonga circuit. The title defenders Neil Foster/Jonny Reid once again rely on Team IMS this season and compete in an Audi R8 LMS. After three hours of racing, the two New Zealanders were only 574 thousandths of a second behind the winners Alex Riberas/Darren Kelly. Third place went to Brendon Leitch/Christina Orr-West in an Audi R8 LMS ultra.

Second place in Magny-Cours: On the second race weekend of the GT4 France, title defenders Gregory Guilvert/Fabien Michal achieved the first podium result of the season. The two Frenchmen had won the French GT4 racing series in the past two years and compete in 2020 in an Audi R8 LMS GT4 of the Saintéloc Racing team again. In the first one-hour competition at Magny-Cours, a race in the dark on Saturday evening, Guilvert took no risks on a heavily soiled track after various accidents by opponents and secured second place for his teammate and himself.

Comtoyou Racing leads the standings four times over: On the Zolder circuit, the private team Comtoyou Racing managed its double home game with flying colors. Jean-Michel Baert’s team from Waterloo, south of Brussels, fielded no fewer than six Audi RS 3 LMS cars – three in TCR Europe and three in the FIA WTCR each. On the second race weekend of the European racing series Nicolas Baert celebrated his first victory in his touring car debut season. The 19-year-old son of the team founder had secured pole position for the first race with a lead of almost four tenths of a second. After a hampered start, he lost a position, which he regained though in the course of the first lap. After 16 race laps Baert won with a lead of 2.8 seconds. It was the first victory of the season for Audi in TCR Europe. After the first third of the season Baert is fourth in the standings behind teammate Mehdi Bennani and leads the Trophy standings. Comtoyou Racing already has a 16 point lead in the team classification. The FIA WTCR season also started on the same circuit, and there too Comtoyou took the lead in two classifications. Against the strong factory teams of three manufacturers with a total of twelve racing cars, the private racing squad from Belgium already proved its skills in qualifying. Frenchman Nathanaël Berthon captured the first pole position of the season. In the first race, which began with a reversed grid position in accordance with the regulations, his teammate Tom Coronel started from fifth place as the best Audi driver. He improved to fourth place right from the start, maintained his position right up to the finish and was thus the first winner of the season’s Trophy classification for independent drivers. The prize for best rookie was secured by Gilles Magnus in another Audi RS 3 LMS from Comtoyou Racing in tenth place. In the second race, the young Belgian won both the Rookie and Trophy prizes, finishing fourth in the overall standings. Berthon had no chance because of a false start from first place and finished in fourteenth place. However, after his drive-through penalty, he managed the fastest race lap of the weekend and won the Tag Heuer Best Lap Trophy. Gilles Magnus leads the rookie standings after the first WTCR weekend, ahead of Hyundai driver Luca Engstler. In the Trophy standings Tom Coronel is five points ahead of Gilles Magnus.

Two second places in New Zealand: Team Track Tec Racing recorded two podium results with the Audi RS 3 LMS at the opening race of the South Island Endurance Series. In the one-hour race at the Teretonga circuit on the South Island of the Pacific state, Debbie Chapman finished second out of eight participants in Class B. In the three-hour race Rowan Shepherd/Loch Fitzgerald were second in their class. After 169 laps and a distance of 434 kilometers they missed the victory by only 0.958 seconds.