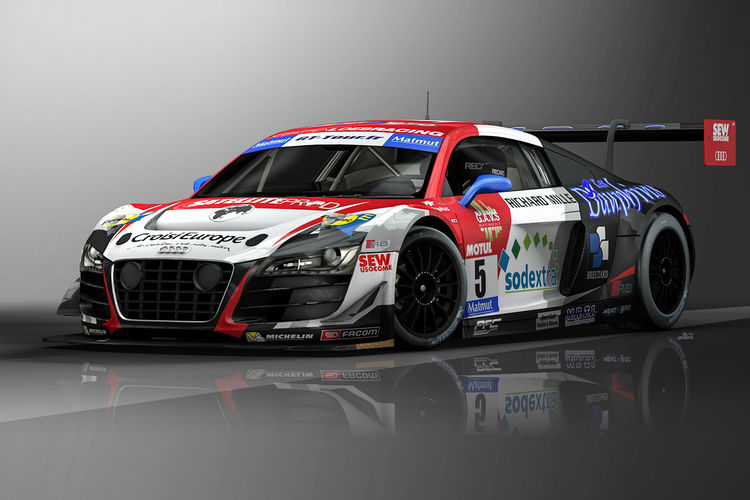 A new challenge with changed regulations: four Audi customer teams – including the 2014 runners-up – will start the new French GT Championship season at Lédenon next weekend (April 18 to 19).

The Audi teams with a total of seven sports cars will be meeting two other marques in France. A modified race format promises additional suspense. The two races per weekend will be extended from 60 to 90 minutes, except for the race weekend at Le Mans featuring three 60-minute races. For the first time, three instead of the previous two drivers have to take the wheel – two driver changes are prescribed per race. The seven events on the calendar include challenging French tracks such as Le Mans, Magny-Cours, Le Castellet and Val de Vienne, plus two foreign races at Spa-Francorchamps (Belgium) and Navarra (Spain).

“France is one of the most important European markets for Audi,” says Romolo Liebchen, Head of Audi Sport customer racing. “Being represented again with such a strong line-up of customer teams in this highly competitive Championship supports our brand.”

The runners-up in the 2014 Championship, Team Sébastien Loeb Racing, are fielding two Audi R8 LMS ultra cars. In 2014, the outfit of the record World Rally Champion competed in the French GT Championship with Audi for the first time and was immediately in contention for the title. Mike Parisy and Henry Hassid, with a gap of just two points, only had to admit defeat in the season finale. Parisy is racing in the 2015 season again. His new team-mates are David Hallyday, a seasoned campaigner, and Philippe Gaillard. Three young drivers, who will be battling to win the new ‘Junior Challenge,’ will be at the wheel of the second Audi R8 LMS ultra. “Last year, we just barely missed the title, so we’re especially motivated for the new season,” says Sébastien Loeb.

The experienced squad of Saintéloc Racing with three Audi R8 LMS ultra cars and Teams Speed Car (one Audi R8 LMS ultra) and Tech Auto by Exclusive Cars (one Audi R8 LMS) complete the line-up of the four rings in France. The Audi customers are independently fielding their 560-hp GT3 race cars but can rely on expert support by Audi Sport customer racing for set-up and maintenance.

The Audi customer teams in the 2015 French GT Championship