Skip to content
We are using cookies for a better user experience.
10/14/19
Neuburg a. d. Donau
Sports 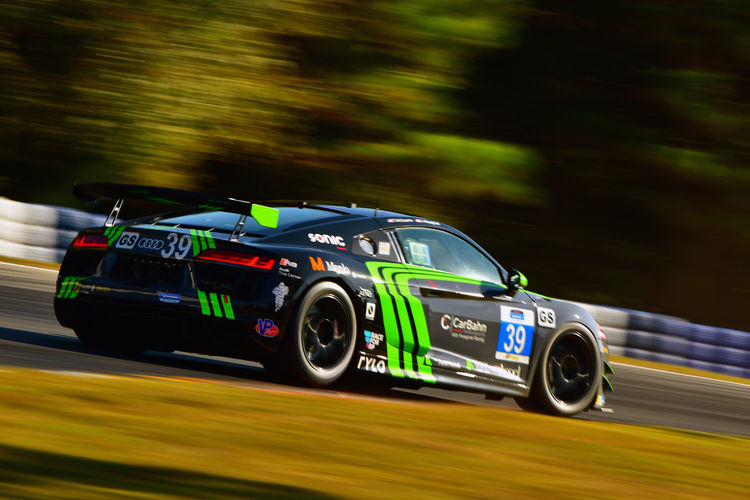 On the second weekend in October, Audi Sport customer racing together with its customer teams celebrated a total of eight title successes worldwide, in the United States, France, Italy and the Central European region.

First success for the Audi R8 LMS GT4 in the IMSA: The Audi R8 LMS GT4 remains on course for success in North America. Following last year’s championship wins in the Pirelli World Challenge, the GT4 sports car posted its first two titles in the GS class of the IMSA Michelin Pilot Challenge. The drivers’ and teams’ championships went to the CarBahn with Peregrine Racing customer team. In the season’s finale at Road Atlanta, Tyler McQuarrie/Jeff Westphal only needed to finish in the 21st spot to maintain a twelve-point advantage in the championship. In the season that just ended, the driver pairing won one race and clinched three second and two third places. 42 teams with eight brands scored points in ten races of the hard-fought series. In the manufacturers’ classification, Audi finished runner-up.

Second title in a row for Saintéloc Racing: Audi Sport’s long-standing customer team Saintéloc Racing successfully defended its title in the GT4 France racing series. Like last year, Gregory Guilvert and Fabien Michael clinched the title in Europe’s most demanding national GT4 series. In the finale at Le Castellet, eighth position in the final race was sufficient for the two Frenchmen to win the title with an advantage of twelve points. In the teams’ classification, Saintéloc Racing ultimately achieved the third spot. Following a class win and a second place in the AM classification, another Audi Sport customer team finished the class for amateurs in the top three as well: Christophe Hamon/Gwenaël Delomier with Full Motorsport secured this podium finish in the final classification of this championship.

Two class victories in Spain: Team Willi Motorsport celebrated two class victories in the Campeonato de España de Resistencia at Jarama, Spain. Romanian David Serban in the first race as the winner of Class C3 achieved third place overall in an Audi R8 LMS GT4. In the second race, he was again the best entrant in Class C3, in which four GT4 race cars were on the grid.

Manufacturers’ title and two podium finishes in the finale: Audi has won the manufacturers’ classification of the IMSA Michelin Pilot Challenge in the second consecutive year. The brand finished the season with a one-point advantage over Hyundai after JDC-Miller MotorSports had claimed a spot on the podium in front of Fast MD Racing. At Road Atlanta, Mikey Taylor/Britt Casey Jr. in an Audi RS 3 LMS finished runners-up in front of Nick Galante/James Vance. In the end, Roadshagger Racing was the best driver squad in the championship. In the field of 28 driver pairings, Gavin Ernstone/Jon Morley finished in third position of the standings.

Season finale ends on a positive note: Team WRT in the joint finale of the TCR Europe and the TCR Benelux at Monza secured several top-three spots in the standings. Santiago Urrutia from Uruguay in an Audi RS 3 LMS claimed positions four and six in the two sprint races. With that, Team WRT is the runner-up in the European teams’ classification, while Urrutia improved from position six to three in the drivers’ classification. In the TCR Benelux Trophy, the WRT team achieved third place ahead of Comtoyou Racing. Gilles Magnus from Comtoyou Racing is ranked in third place of 14 entrants in the Benelux drivers’ classification.

Runner-up finish on the Nordschleife: Team Møller Bil Motorsport returned from round eight of the VLN Endurance Championship Nürburgring with a trophy. Håkon Schjærin/Kenneth Østvold/Anders Lindstad in an Audi RS 3 LMS finished the TCR class runners-up.

Resounding success in Eset V4 Cup: Richard Chlad jr. finished the season in the Eset V4 Cup by netting the maximum number of points. In the finale at the Hungaroring, the Czech in an Audi R8 LMS ultra won two sprint races as well as the one-hour endurance race, securing the titles in both the sprint and the endurance classifications, plus the overall title in the Eset V4 Cup.

Second position in Petit Le Mans race: Team Montaplast by Land-Motorsport in the Petit Le Mans race in America missed its second GTD class victory after 2017 by merely the blink of an eye. In the finale of the IMSA WeatherTech SportsCar Championship season at Road Atlanta, Audi Sport driver Christopher Mies, his Swiss teammate Ricardo Feller and Canadian Daniel Morad crossed the finish line after nine hours with just a 0.712-second deficit. In the North American racing series, this marked the best result for the Audi R8 LMS in the season that just ended. The GT3 race cars from seven different manufacturers had finished in the top seven spots.