Skip to content
We are using cookies for a better user experience.
10/16/20
Neuburg a. d. Donau
Sport 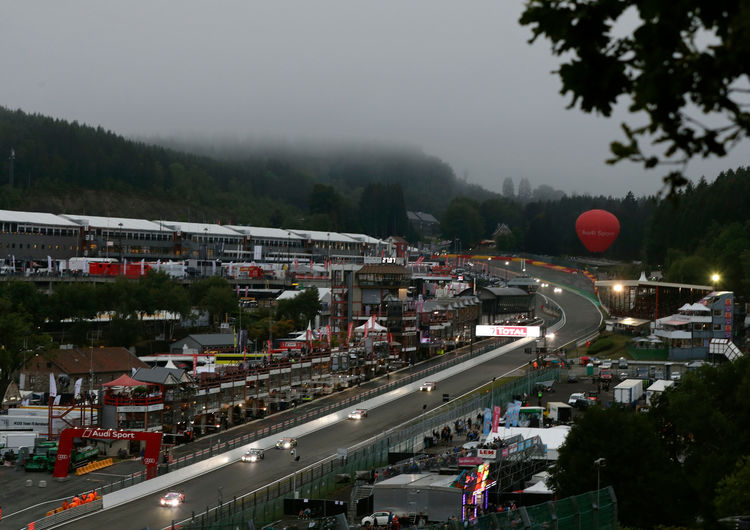 The 71st edition of the Spa 24 Hours will take place for the first time in autumn. From 22 to 25 October, the three Audi Sport customer racing teams will compete in the world’s biggest GT3 race to clinch their fifth victory after 2011, 2012, 2014 and 2017, but the traditional Coupe du Roi brand title and valuable championship points in the GT World Challenge Europe as well as the Intercontinental GT Challenge (IGTC) are also up for grabs in Belgium.

“Although the 2020 season started late for most of our customers, it has now turned into a first-class sporting competition,” says Chris Reinke, Head of Audi Sport customer racing. “In the GT World Challenge Europe two of our teams won four titles shortly before the Spa 24 Hours. Now they are aiming for further success in the endurance and overall standings. For this, Spa is the most important stage, because the long duration means that at three different times in the race a particularly large number of points are awarded here.” While Audi Sport customer racing is sending four top-class R8 LMS cars to the race, the customers will also participate with four private racing cars in different classes.

This year, the world’s best GT3 drivers will once again meet in Spa to compete, including ten drivers from Audi Sport customer racing: former winners Christopher Haase, Frank Stippler and Markus Winkelhock will be at the start as well as Mirko Bortolotti, Mattia Drudi, Kelvin van der Linde, Christopher Mies, Patric Niederhauser, Dries Vanthoor and Frédéric Vervisch. The line-up receives additional spice as the three top drivers from the DTM standings are part of it, too: With Nico Müller, Robin Frijns and two-time Spa winner and DTM champion René Rast, the 2020 DTM champion is definitely on board, even though the championship decision is still pending.

Two private Audi R8 LMS will be entered by the Belgian Audi Club Team WRT. The outfit has won the team classification in the GT World Challenge Europe Sprint Cup two weeks before the 24 Hours of Spa, as well as the driver classification with Dries Vanthoor/Charles Weerts. Currently, Vincent Vosse’s team also leads the team standings in the Endurance Cup and in the overall standings, as well as the drivers’ standings with Mirko Bortolotti/Kelvin van der Linde in the Endurance Cup. Saintéloc Racing will be fielding a private driver team in the Am class with start number 26, which includes Steven Palette. Together with the racing team of Sébastien Chetail, he has won the Silver Cup in the sprint classification of the GT World Challenge Europe. As leader of the standings, the Frenchman and his team are now aiming for the Silver Cup in the overall sprint and endurance classification. A private driver line-up from Attempto Racing, which includes Nicolas Schöll, a race winner in the sprint finale, completes the line-up from Audi Sport.

The Spa 24 Hours is also the third of four rounds of the Intercontinental GT Challenge. For the first time, three instead of two race cars of a car manufacturer can collect points for the brand classification. A total of eleven brands will be competing in Spa, nine of which are registered to compete in the IGTC. Finally, the Coupe du Roi is a classification only for the Spa 24 Hours. It rewards the best manufacturer across all classes. The traditional trophy has been awarded by the royal family for the first time back in 1913. Audi has won it in 2014, 2015 and 2016.

The Audi Sport teams in the Spa 24 Hour race