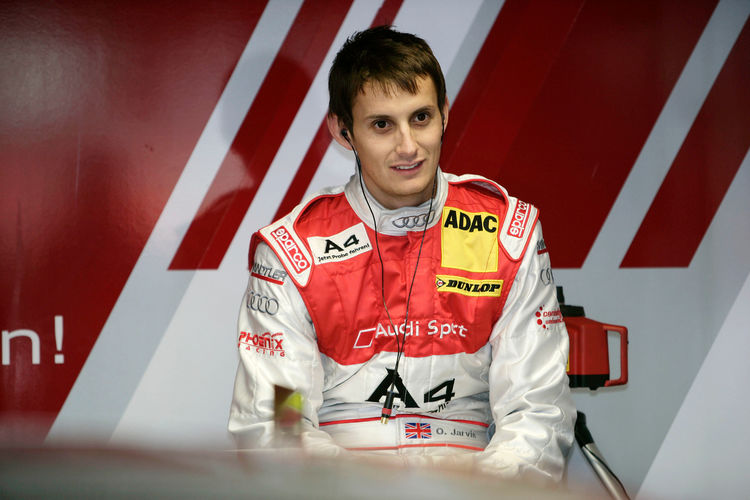 There is one Audi driver who is looking forward to the opener of the new DTM season at the Hockenheimring on April 25 with particularly eager anticipation: Oliver Jarvis. Jarvis, who at the age 26 is the youngest Audi “factory” driver, will take the place of Le Mans record winner Tom Kristensen in Audi Sport Team Abt Sportsline to make his debut in the most popular international touring car series in a current-specification Audi A4 after a two-year “apprenticeship” in a prior-spec model. This automatically moves him into the group of candidates for the title.

“Of course I’m very pleased that Head of Audi Motorsport Dr. Wolfgang Ullrich has given me this opportunity,” says the young Briton who – like two-time DTM Champion Mattias Ekström – lives in Ermatingen on the Swiss side of Lake Constance. “I’ll give everything to do a good job and will do my part to see the title goes to Audi again at the end of the season.”

Jarvis leaves nothing to chance when it comes to preparing for the 2010 season. “I’m working intensely on my fitness,” says the Briton. “Actually, I’m not doing anything different from what I did in previous years. But I’m taking advantage of the fact that I’m now living in Switzerland by skiing and snowboarding regularly. This is excellent fitness training plus also good fun – and the fresh air is invigorating.”

Daily work-outs in the gym are on his agenda too. “Shortly before the season starts I would like to fit in an additional fitness week in the sun of Gran Canaria,” says Jarvis who is also studying German – after all, he drives for a German automobile manufacturer and in a racing series that has its roots in Germany.

Once a week, Jarvis visits his new team, Abt Sportsline, where he has started to feel at home. “I’ve known the guys at Abt from the past two years and during the ‘DTM on Snow’ event in December I got to know them even better. I think that we’ll be working together superbly.” The same goes for his new vehicle engineer, Franco Chiocchietti, who took care of Tom Kristensen’s A4 during the past six years. “Each time I visit we jointly study the data that was logged last year. This will help me when the season finally starts.”

Oliver Jarvis already tested his new equipment, the 2009-spec A4 DTM, before Christmas. “You can feel that the car has more downforce than the previous model I drove before. A lot of small things have been optimized and together, they’re reflected by the lap time.”

For the first time in the DTM, Oliver Jarvis will have the same material as Mattias Ekström, Timo Scheider and Martin Tomczyk. “I can hardly wait for the season to start,” he admits. “I know that competing with my team-mates and the Mercedes guys will be a tough job – but I look forward to the challenge.”

The young Briton does not feel any special pressure now that he has joined the group of hopefuls for the title. “As a racer, you’re always under pressure,” says Jarvis. “But I put most of the pressure on myself because, obviously, I want to be successful.” And Jarvis has definitely been successful ever since he started racing. In 2005, he won the British Formula Renault Championship. In 2006, he finished his first year in Formula 3 as the runner-up in the British Championship and became “rookie of the year.” In 2007, he took third place in the ultra-competitive Japanese Formula 3 Championship, won the famous Formula 3 Grand-Prix in Macau and the race at Zandvoort in the A1 Grand Prix of Nations series for his country.

Since 2008, Jarvis has been contesting the DTM for Audi and has been the most consistent driver at the wheel of an A4 with prior-year specifications. Therefore, he was the logical choice when Tom Kristensen’s slot in Audi Sport Team Abt Sportsline became vacant.

Oliver Jarvis primarily owes the fact that he became a racer to his father, Carl, who was active himself in Formula Ford and infected his son with the motorsport bug. As a six-year-old, Jarvis contested motocross races, at the age of eight he started his carting career, and at 18 his career as a professional racer.

Now, he has the chance to fight for the DTM title. “Of course I’m dreaming of becoming DTM Champion but the main thing is for Audi to win the Championship,” stresses Jarvis. “I’m excited about working with my new team colleagues Mattias, Timo and Martin. I’ve come to know them pretty well over the past two years. But of course driving as a member of the same team with them is a different story.

If Oliver Jarvis succeeds in continuing his performances of the past two years his name will soon be mentioned in the same breath with those of his team colleagues.