DTM countdown: Audi’s driver line-up for the 2010 DTM is complete 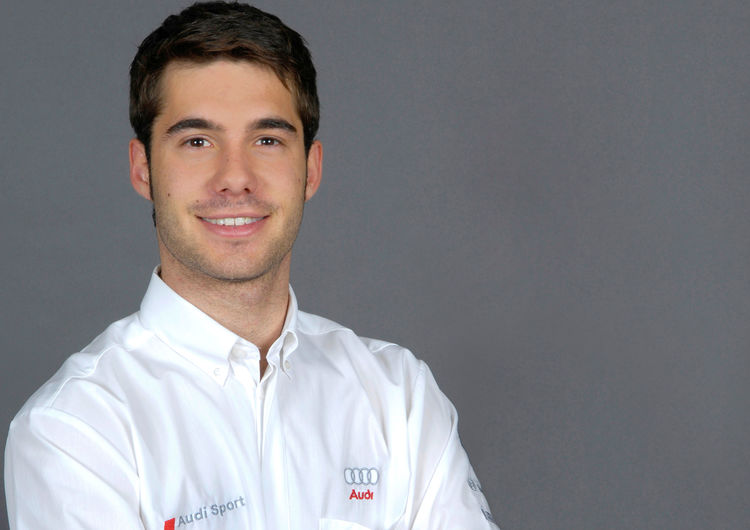 Nine weeks before the 2010 DTM season starts, Audi’s driver line-up for the most popular international touring car racing series is complete. Since Le Mans record winner Tom Kristensen will fully concentrate on sports car racing in the Audi R15 TDI in 2010, the young Spaniard Miguel Molina will join the team as a new member.

In tests with the Audi A4 DTM the 21-year-old left the strongest and best impression of all the candidates. “Miguel is not only a charming young man, he’s very quick as well,” says Head of Audi Motorsport Dr. Wolfgang Ullrich. “Even two years ago he was very fast in tests with the A4 DTM. But at the age of 18 we felt that a move into the DTM would have been a bit too early for him. That’s why I’m delighted to see that in these tests he confirmed his performance and the good impression he left before.”

At age 21, the Spaniard who hails from Girona near Barcelona is the youngest Audi “factory” driver. After exclusively racing Formula cars so far, he will now compete with a roof above his head for the first time. “For me, a dream is coming true,” says Molina. “Driving for Audi in the DTM is simply fantastic. Audi is a fascinating brand with superb cars and the DTM has proven to be one of the world’s toughest racing series. I’ll give everything to live up to the expectations placed on me.”

Molina could hardly have wished for a better team in his DTM debut season: like the title defender Timo Scheider, the two-time DTM champion Mattias Ekström, the four-time DTM race winner Martin Tomczyk and the up-and-coming driver Oliver Jarvis, the young Spaniard will compete for Audi Sport Team Abt Sportsline, the team that provided the DTM champion in the three most recent consecutive seasons and, in addition to four current-specification Audi A4 DTM cars (internal designation: “R14 plus”), will again enter a fifth car from the previous model year (“R14”) in 2010.

Katherine Legge, who contested the series for Audi Sport Team Abt Sportsline in 2009, will switch to Audi Sport Team Rosberg to become Markus Winkelhock’s new team-mate. Audi Sport Team Phoenix’s line-up will re-unite Alexandre Prémat and Mike Rockenfeller, the two racers who in 2008 jointly won the champion’s title in the Le Mans Series in the Audi R10 TDI.

The Audi DTM squad will meet for the first time in 2010 at the Audi winter camp held in the “Allgäu” during the second half of February at which the DTM racers traditionally train together with their sports car colleagues. Their first time out on the track will be at the official DTM tests at Valencia (Spain) from March 24 to 27, before the first race of the year is staged at the Hockenheimring on April 25.

Audi is the first automobile manufacturer in history to have won the DTM three consecutive times and – fitting the A4 – is now shooting for title number four. With an average age of 27.5 years, the youngest Audi DTM driver squad of all time is gearing up to achieve this ambitious aim.