Double commitment for Ekström at Hockenheim 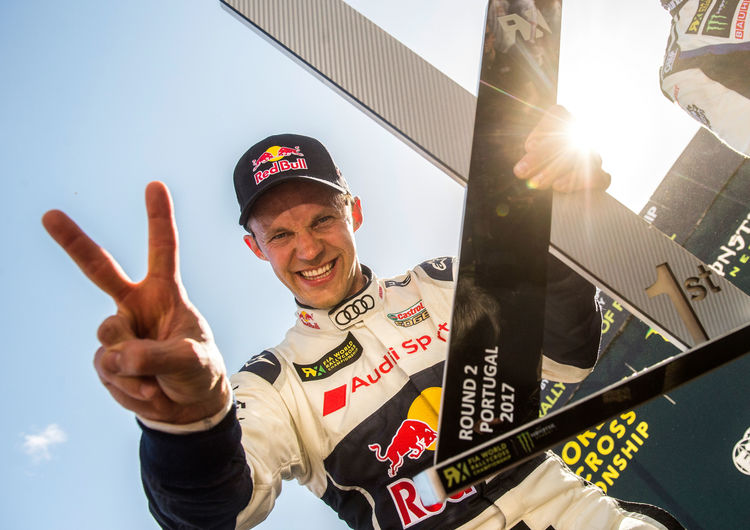 The FIA World Rallycross Championship will visit the Hockenheimring from May 5 to 7. For Mattias Ekström, round three of the season is a very special one. Like last year, the reigning Rallycross World Champion will not only be on the grid in his Audi S1 EKS RX quattro, but in the Audi RS 5 DTM contest both races of the DTM season opener as well.

Ekström looks forward to his double commitment with eager anticipation: “The weekend last year was an incredible experience,” says the Swede. “Thinking about the full grandstands and atmosphere at the Motodrom still gives me goose bumps.” In 2016, Ekström raced in two different series on the same weekend for the first time in his more than 20-year career. In the World RX at Audi’s “home round,” he celebrated a brilliant one-two win together with his teammate Toomas Heikkinen. “Honestly, that was less stressful than a normal DTM weekend because I was allowed to miss a few meetings,” enthuses Ekström.

In 2017, Ekström’s schedule that is tight to begin with is even more compact. “Apparently, the organizers felt that last year I had too much time after my victory,” the world champion comments with a twinkle in his eye. After the World RX podium ceremony on Sunday, Ekström would only have 20 minutes before qualifying for the second DTM race starts. “That’s just theory for now. You have a long way to go before you can hold a trophy in your hand in the World RX. The competition is even fiercer this year and victory means having to give your all, plus a perfect team performance.” On clinching his second victory this season in Portugal, the seasoned 38-year-old campaigner has extended his lead in the drivers’ standings. After two of twelve rounds, his advantage over Johan Kristoffersson is 14 points.

Alongside Ekström, the Finn Heikkinen and Reinis Nitišs from Latvia will be racing for Audi and EKS. 26-year-old Heikkinen together with Ekström is also battling for points in the teams’ standings in which EKS is currently in position two, trailing Team PSRX Volkswagen Sweden with a nine-point deficit. In the most recent round in Portugal that was only his second start for EKS Nitišs immediately made it into the final of the six best drivers, but can only score points for the drivers classification in the team’s third Audi S1 EKS RX quattro.