Audi to go on Summer Tour with FC Bayern 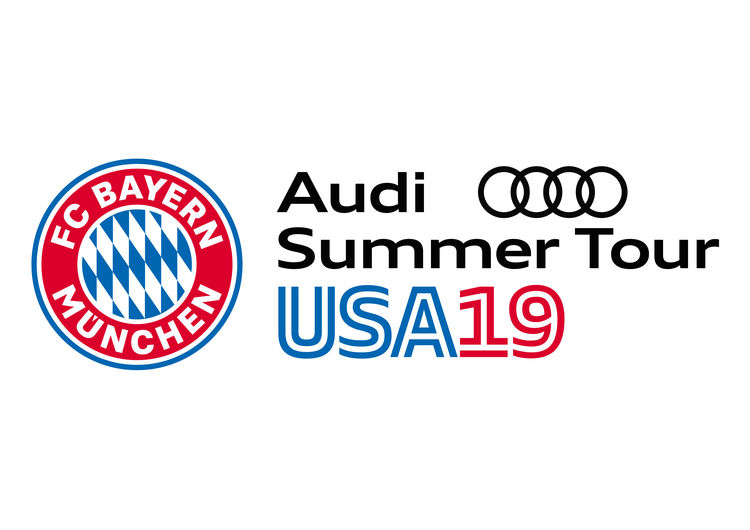 The fourth Audi Summer Tour will take FC Bayern München back to the United States: During its trip to Los Angeles, Houston and Kansas City, the 2019 German League and Cup title winning team will meet with Arsenal London and Real Madrid at two Audi Football Summits and also play against AC Milan. Audi will be at the side of its partner FC Bayern München with numerous activities off the pitch as well.

For the fourth time, Audi is giving its name to and partnering with the Audi Summer Tour of FC Bayern München. From July 15 to 24, the German record champions will be traveling through the United States as part of their pre-season preparations and meet with international top-flight clubs from Great Britain, Spain and Italy in three matches. In addition, players and officials will be involved in numerous PR activities and meetings with fans off the pitch.

“The Audi Summer Tour is a perfect opportunity to present our brand in an environment that emphasizes sports and emotions. Together with our partner FC Bayern, we look forward to thrilling football matches and, above all, many meetings with fans and customers in the important U.S. market,” says Thomas Glas, Head of Sports Marketing at AUDI AG. Audi and Bayern have been on the pitch together since 2002. Since 2011, the automotive group has held a stake in FC Bayern München AG as a strategic partner.

Bayern’s first opponent in Los Angeles on July 17 (8 PM local time) will be the team of Arsenal London. From the West Coast, the tour will move on to Texas where in Houston, on July 20 (7 PM local time), the squad of record Champions League winners Real Madrid will be awaiting FC Bayern München. Following the two Audi Football Summits, the duel against AC Milan in Kansas City on July 23 (8 PM local time) will conclude the test games. All three matches will be held as part of the worldwide “International Champions Cup” (ICC) tournament series.

The United States is one of the most important strategic growth markets of the Audi brand. In 2018, Audi sold about 225,000 cars in the U.S. The United States is also important to FC Bayern München. The club opened an office in New York City in 2014 and by now enjoys organized support by some 150 fan clubs.

Barely a week after the team has returned to home base, another highlight of its pre-season preparations is coming up: during the Audi Cup at the Allianz Arena, FC Bayern will host Tottenham Hotspur, Real Madrid and Fenerbahçe Istanbul on July 30 and 31.