Skip to content
We are using cookies for a better user experience.
06/14/21
Neuburg a. d. Donau
Sport 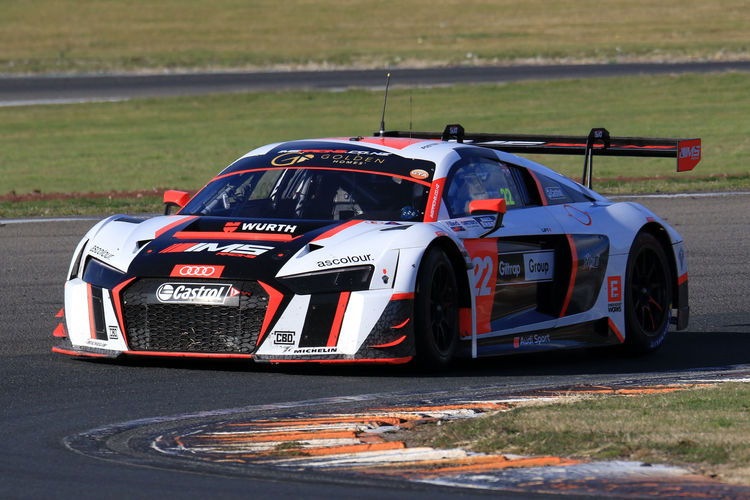 The Audi R8 LMS is on course for its first title success in the 2021 season in New Zealand. Before the finale in two weeks, Neil Foster/Jonny Reid have taken the lead of the standings. Further trophies in European GT3 and TCR racing round off a successful weekend for Audi Sport customer racing.

Lead in the standings extended ahead of the finale: The Audi customer team IMS is on course for its next title success in New Zealand. After the tradition-steeped squad already clinched a total of five championship victories with the Audi R8 LMS in 2016, 2018 and 2019, the driver duo Neil Foster/Jonny Reid achieved a decisive success in the third of four endurance races in the North Island Endurance Series. The two New Zealanders secured their second consecutive victory of the season on the Taupo circuit. Having previously been tied on points, the Audi privateers as sole leaders of the standings now have a five-point advantage. The title decision will be made at Pukekohe on June 27. Initially, the title contenders from Aston Martin took the lead in the three-hour race but a safety car period caused their advantage to shrink. After Gentleman driver Neil Foster handed over the Audi R8 LMS to Jonny Reid, the Audi privateer overtook the Aston Martin, increased his lead confidently and eventually even lapped it. With Andrew Fawcett/Sam Fillmore, a second Audi driver team managed to make it onto the podium. The two privateers finished third in their R8 LMS. Two more trophies from Taupo were brought home by two Audi teams in the one-hour competition. Anthony Leighs crossed the finish line in second place, followed by Geoff and Martin Short in another first-generation Audi R8 LMS.

Second place in Austria: Team Rutronik Racing by TECE was the best Audi squad at the second round of the ADAC GT Masters. Audi Sport driver Dennis Marschall and his teammate Kim-Luis Schramm had secured the best starting position for the second race at the Red Bull Ring: Marschall clinched the first pole position of the season for Audi in this racing series and the first ever for the R8 LMS on the mountainous circuit in Styria. For the 24-year-old junior driver, it was already the fourth time to have clinched the best time in qualifying in his career in the ADAC GT Masters. Marschall lost his advantage over the eventual winners from Callaway Competition on the starting lap. In the end, the Audi driver duo was just 0.824 seconds short of victory. Marschall and Schramm were thus the best juniors in the field of 27 competitors on Sunday, as they had been the day before.

Two podium places in Norway: At the second round of the Norwegian Racing NM series, Audi customer Wiggo Dalmo recorded two podium finishes. In the first sprint at Rudskogen, the Norwegian privateer finished third in the Audi R8 LMS, in the third sprint he recorded second place.

First victory of the season in Poland: The Audi RS 3 LMS recorded its first success in the Central European TCR Eastern Europe race series on the third race weekend. Pole Bartosz Groszek, who competes for the Horňák-Aditis team, came up on top at his home race in Poznán. Last year’s winner of the TCR Eastern Europe SIM Racing Series proved that he is also as fast in the real race car as he is in the computer game. He started from pole position in the second sprint thanks to the reversed starting grid of the best eight drivers from the first race. Initially, Groszek maintained a one-two lead for Audi with his compatriot Łukasz Stolarczyk but Stolarczyk retired after contact with an opponent on lap 6. Bartosz Groszek crossed the finish line after 16 race laps with an advantage of 1.8 seconds. An Audi RS 3 LMS also competed in an endurance race at the same event in Poznán. Adam Bougsiaa/Adam Puciata finished third overall in the fastest touring car of the race amid GT sports cars in the GT3, GT4 and GT Cup classes.

Class victory in France: Team AC Motorsport celebrated a class win at the second round of the Ultimate Cup Series. Stéphane Perrin and Mathieu Detry won the TCR class in the Audi RS 3 LMS on the demanding rollercoaster track at Dijon with a one-lap advantage.

Success in Assen: Frenchman Pierre Arnaud Navarro, German Lucas Waltermann and Italian Roberto Nale won their class at the fourth round of the 100 Series by BGDC at Assen. The international driver trio piloted an Audi RS 3 LMS in the Belgian gentleman’s race series. After 200 minutes of racing, they had established a lead of three laps in their class.

Third place in the Netherlands: At the third round of the DMV NES 500 grassroots racing series, the State Energy Racing Team clinched a trophy. The two Danes Jesper Henriksen/Frederik Vodder finished third in their class in the Audi RS 3 LMS after three hours of racing at Assen.