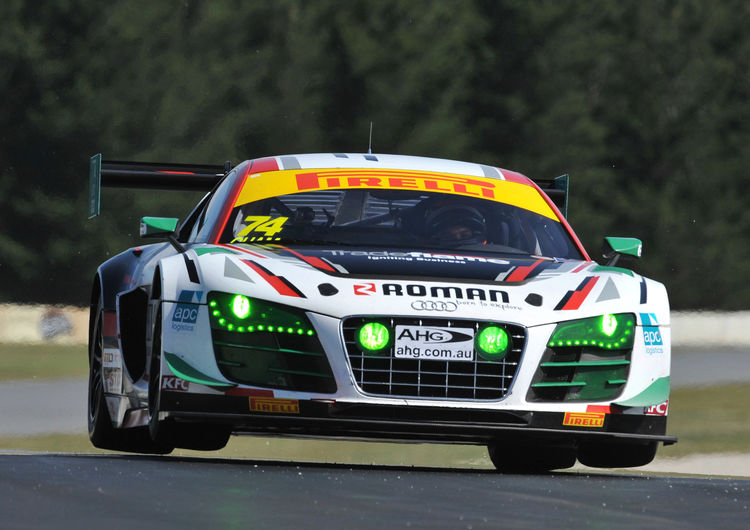 Nine from nine possible top-ten positions including three victories – following a consistently strong season, it was Christopher Mies who travelled as Australian GT Championship leader to the finale at the Highlands Motorsport Park in Cromwell, New Zealand. In the first race, the German, who shared an Audi R8 LMS ultra fielded by Jamec PEM Racing with Ryan Millier, wrapped up the title at the first opportunity after taking fourth place. “I can hardly believe that I’m champion. My thanks go to Jamec PEM Racing for the fantastic year in Australia. The championship title is a team success,” says Mies who celebrates his third major GT championship with Audi after winning the 2009 FIA GT3 European Championship and 2012 Blancpain Endurance Series. For the Ingolstadt based manufacturer, it was the second title down under after Mark Eddy’s triumph in 2011.

“Congratulations to Jamec PEM Racing and Christopher Mies,” said Romolo Liebchen, Head of Audi Sport customer racing. “My sincere thanks also go to the Melbourne Performance Centre that always prepared our cars perfectly for this extremely competitive series contested by as many as 13 brands. I’m already looking forward to the 2016 season that starts next February. Many customer in this important market of ours are interested in the new Audi R8 LMS.”