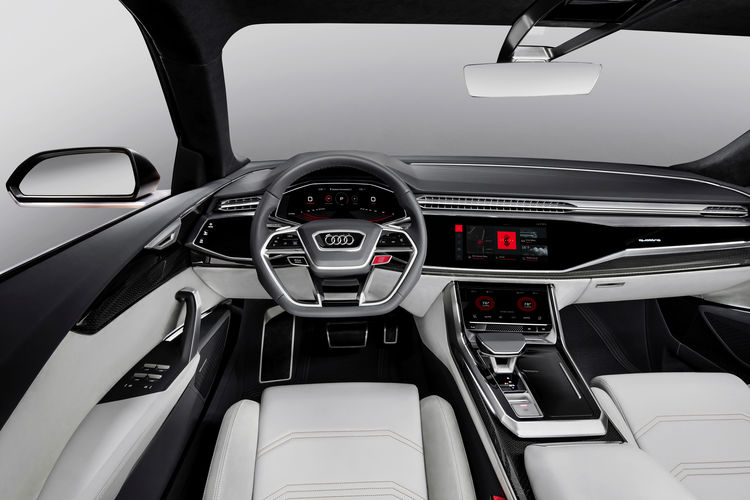 7,000 attendees on site, millions worldwide via the internet: Audi is taking part in the renowned Google I/O developer conference, where it is presenting its concept of a next generation infotainment system with fully integrated Android. This world premiere opens up new perspectives, which will allow the development of connectivity services to be greatly accelerated.

The three-day Google I/O, which begins May 17 at Google’s headquarters in Mountain View, California, is considered as the largest and most important developer conference in the software industry worldwide. One of the exhibits features Android as a seamlessly integrated solution for in-car infotainment applications, which is being developed by the Android Open Source Community and its millions of members.

The Audi Q8 sport concept technology platform, which Audi is presenting at Google I/O, already has Android on board. The new functions, including the streaming service Spotify, Google Play Music and Google Assistant all run on the large MMI touch display in the center of the dashboard. The information is also visible in the Audi virtual cockpit in the driver’s direct field of view. This marks the first time the new services have been fully integrated into Audi’s brand specific infotainment system. While the navigation map continues to use the Audi-typical HERE database, the driver can also choose to navigate with Google Maps. A message center for incoming messages and calls round out the new services in the show car.

The seamless integration of Android harbors tremendous potential. Android is the world's most popular mobile platform with more than 1.4 billion active users worldwide. The open Android community’s immense breadth of expertise and creativity can speed up the development of new applications. New apps can quickly find their way into the cars as additional connected services, for example, if they fulfill the requirements of Google and Audi. The foundation for this is the Android platform. Other customer advantages alongside shorter update cycles include a significantly greater diversity of services as well as broad international availability.

When people are able to pursue any activity they want in the car of the future, the integrated Android system will enable them to use the entire world of Smartphone apps in the car.