Links
{{ activeItem() }}
Twitter
08/08/20
At #Audi, we live #sustainability. We want to help achieve the Paris #climate targets by reducing our #CO2 footprin… https://t.co/6S7hEsYksK
08/06/20
#Hardware meets #software: The Electronic Chassis #Platform interlinks mechanical chassis components. That way… https://t.co/Ej9YMVqjvG
08/05/20
We are committed to a #sustainable #future and are reducing our #EcologicalFootprint with our Mission:Zero initiati… https://t.co/0JOJeOVqoU
08/05/20
Today's the day: @LucasdiGrassi and @ReneRastRacing are contesting the first #race day of the six-pack #FormulaE sh… https://t.co/cMNJBPyWKP
Audi on Twitter
08/09/20
1-2-3 victory: Audi Sport driver @vanthoordries1 and @weerts_charles (R8 LMS #32) repeated their victory from Satur… https://t.co/Ode4JQTh3h
08/09/20
Our results after the four qualifying groups finished running here in Berlin. @ReneRastRacing’s best performance so… https://t.co/8sztaZsmec
08/09/20
Qualifying begins at 14:15 CEST. @LucasdiGrassi will run in Group 1, @ReneRastRacing in Group 4. Live stream &gt;&gt;… https://t.co/jXl92QqUGV
08/09/20
Another very warm day in Berlin. A high of 35°C is forecast in the German capital. &gt;&gt; https://t.co/ktQ0jleme7… https://t.co/V6LLfhwcri
Audi Sport on Twitter
{{ activeItem() }}
Facebook
08/03/20
What a start to the DTM season it was for Nico Mueller! Race victory and he is currently leading the drivers’ standings. See how he experienced the weekend in his latest #DriversDiary. >> audi.com/DTM #PerformanceIsAnAttitude #ThanksToDTM
08/03/20
Fourth victory for the Audi R8 LMS in just two weeks, adding to podiums and victories for the Audi R8 LMS GT4 and Audi RS 3 LMS this past weekend. 🇩🇪 🇮🇹 🇺🇸 🇫🇷 >> audi.com/GT3 >> audi.com/GT4 >> audi.com/TCR #PerformanceIsAnAttitude
08/02/20
Another podium lockout for us today! Check out how the second race at Circuit de Spa-Francorchamps has unfolded. >> audi.com/DTM #PerformanceIsAnAttitude #ThanksToDTM
08/02/20
Leading the pack. >> audi.com/DTM #PerformanceIsAnAttitude #ThanksToDTM
Audi Sport on Facebook 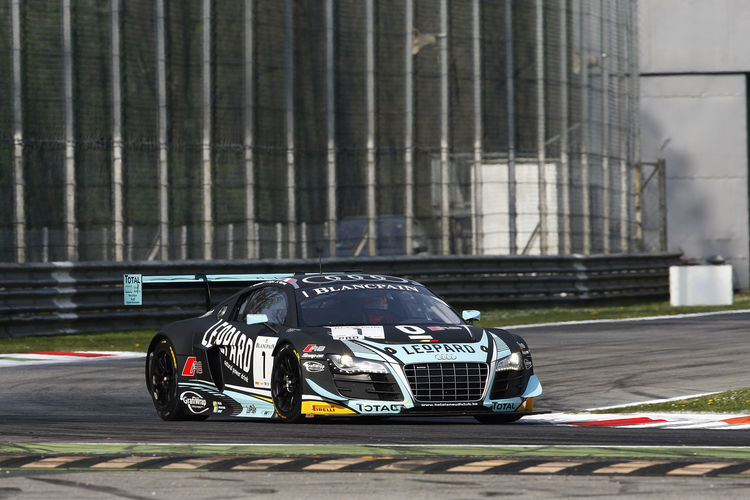 While Audi celebrated victory in the WEC season opener at Silverstone, Audi customer teams were pleased about podium results in the Blancpain Endurance Series (BES) and the Spezial Tourenwagen Trophy (STT) as well.

Podium in the Blancpain Endurance Series

Podium result for the Belgian Audi Club Team WRT in the season opener of the Blancpain Endurance Series in Monza (Italy): Title defender Laurens Vanthoor together with his team-mates Robin Frijns and Jean-Karl Vernay in the Audi R8 LMS ultra showed a strong recovery after starting from position nine and went on to finish in third place. As the winner was disqualified a few hours after the race, the Audi trio even advanced to second place. However, the result is provisional due to a pending appeal. DTM driver Edoardo Mortara finished a guest run in an R8 LMS ultra of Team Saintéloc Racing in eighth place. At Monza, the new Audi R8 LMS that was unveiled at the Geneva Motor Show in early March was tested in racing conditions as well. The brand new sports car proved reliable: Nico Müller, Stéphane Ortelli and Frank Stippler in an R8 LMS of Audi Sport Team WRT took fifth place and the sister car from Phoenix Racing with Christopher Haase, Christian Mamerow and Markus Winkelhock completed the full racing distance as well.

Two Scotsmen among themselves: Jackie Stewart paid a visit to Allan McNish and the Audi squad on the weekend. The three-time Formula One World Champion has been following the career of the former Audi factory driver for many years and watched the WEC opener live on location.

DTM driver Adrien Tambay used the occasion of the opening round of the FIA World Endurance Championship to visit his fellow Audi drivers from the WEC. The Frenchman just recently moved to London and therefore did not have a long journey to Silverstone. On Monday, Tambay will be traveling to Oschersleben for DTM tests.

A word from ... Jörg Zander

You’re absolutely right! The start was near-perfect. Everyone can only congratulate themselves on this season opener – at Audi Sport, as well as everyone in the WEC in general. That the three manufacturers fought such a close battle with each other is simply fantastic. For us of course, it is particularly important that we found the car to work as well as it did. This, by the way, applies to the Michelin tires as well. Plus, the team and the drivers did a tremendous job in this exciting race.

Isn’t it amazing that three manufacturers continue to develop their cars, making huge strides in the process, but ultimately the lap times are so close together again?

This shows the extremely high level of the work being performed. The cars have become clearly faster compared with last year – nearly 3.5 seconds in race trim. This is phenomenal and demonstrates the development work that has been accomplished. That the three different concepts produce lap times that are within tenths of a second speaks for the regulations. For the series and the spectators, this is simply fantastic. At Silverstone, we had suspense for six hours at an extremely high level and an absolute heartbeat finale. I don’t think I was the only one who was thrilled by this …

The new Audi R18 e-tron quattro made an outstanding impression on track.

The development team of Audi Sport in Neuburg and Neckarsulm really did a tremendous job. Before Silverstone, there were still a few minor details we had to adjust but in the race the car was running superbly.

Where do you see the strengths of the new R18 compared to your competitors?

At Silverstone, it was obvious that we had an advantage in the challenging cornering sections, while the Porsche with the larger hybrid system did on the straights. These differences, however, were equalized on a whole lap and this makes the WEC so thrilling. The crucial aspect was that our drivers were able to achieve an advantage in the cornering sections that enabled them to defend their position on the following straight.

Silverstone was only the first step. Le Mans is the big aim again this year. There is probably still a lot of work to be done until then?

Yes there is. We’re moving right along. Testing the car that is conceptually modified for Le Mans is on the agenda, as well as the normal endurance tests. At Silverstone, the car was running for the six hours nearly without any problems. In addition to suspension set-ups, the systems now have to be tested for the endurance run at Le Mans.