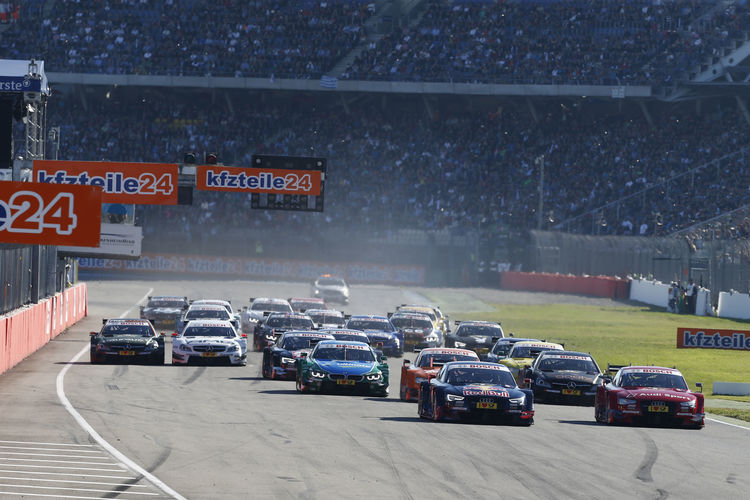 DTM fans can look forward to a double dose of racing action in 2015, as each of the nine DTM events this year will feature two races – one on Saturday and one on Sunday. In contrast, the number of test days has been further reduced.

In the past, the DTM organizer, ITR, would schedule two official four-day pre-season tests. This year, there will only be three days twice. Although this reduces expense and effort it also increases the pressure on the engineers and technicians at Audi Sport, as every minute on the race track is now even more valuable than before.

Therefore, Audi primarily used track tests at Portimão (Portugal) last week to optimally prepare for the two official ITR tests at Estoril (Portugal) and Oschersleben (Germany). The drivers, Mattias Ekström, Nico Müller and Mike Rockenfeller, at the wheel of two test versions of the Audi RS 5 DTM worked out a basic set-up for the 2015 season with which the Audi Sport Teams Abt Sportsline, Phoenix and Rosberg will then be entering the two ITR tests.

The test vehicles not only differ from the race cars that will be used for the first time at Estoril in terms of their black carbon fiber bodies. In addition, they are packed with sensors and measuring equipment – easily recognizable by additional antennas on the roof and a pitot tube, which – like in the case of aircraft – enables velocity measurements with particular precision.

At Portimão, Mattias Ekström and Mike Rockenfeller simultaneously went out on track with identical programs but different set-ups. This made it possible for the engineers from Audi Sport to gather comparable data in exactly identical track conditions. They subsequently analyzed this data at the Competence Center Motorsport in Neuburg.

“As we aren’t allowed to modify the cars compared to last year’s version, the work in 2015 is primarily focused on fine-tuning and on identifying and fully extracting any previously unused potential,” says Dieter Gass, Head of DTM at Audi Sport.

For the engineers and the drivers, test days in the DTM are hard work, with driving duties starting in the early morning and ending at night. And even during the lunch break the team analyzes data and makes set-up changes.

“Obviously, tests are more fun when you can develop a new race car or new components in the process,” Mike Rockenfeller reckons. “The tests tend to be laborious, but are also very important. After all, every single detail, no matter how small, is crucial in the DTM.”

“Just like the fans, we drivers prefer the races too,” says Mattias Ekström. “However, development tests are an important part of our work. You can try out things you wouldn’t try out on a race weekend. Sometimes it’s also important to know what doesn’t work.”

The conclusiveness of lap times in track tests is relatively low. An assessment of where the team of Audi Sport really stands will probably be produced only in the first qualifying session at Hockenheim on May 2.