Audi in eager anticipation of Japan 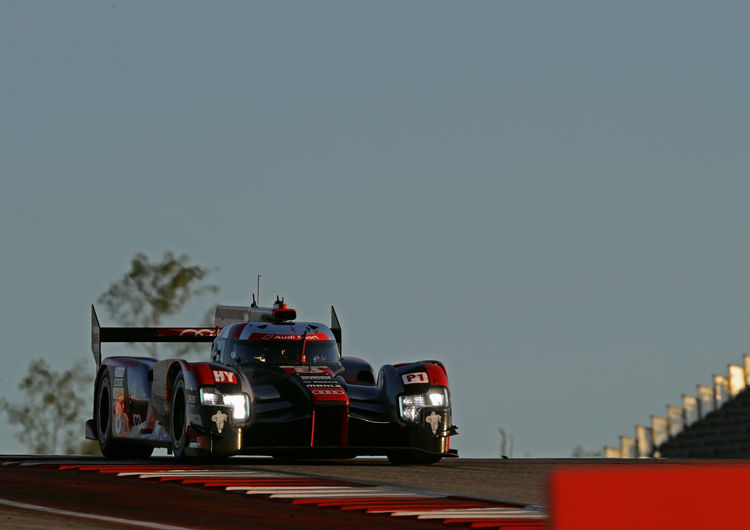 The decisive stage in the FIA World Endurance Championship (WEC) has started. Within the space of five weeks, Asia is going to host three rounds that will produce the title decisions. Audi is traveling to Japan as the runner-up in the manufacturers’ and drivers’ standings. Round seven of the season will be held on the challenging circuit at Fuji, some 100 kilometers southwest of Tokyo, on Sunday, October 16.

The 6-hour races in the FIA WEC have been delivering more variety this season than many sprint races. Most recently at the Nürburgring, in Mexico and in Texas, the races remained thrilling up until the last lap. The teams and drivers are particularly looking forward to the round at Fuji. The seasoned Japanese audience loves endurance races and reveres the drivers. At the same time, there is great local media interest in sports car races too. Highly regarded are several Audi race drivers who have close ties to Japan. The two Frenchmen Loïc Duval and Benoît Tréluyer have spent many successful years of their careers in the land of the rising sun, and the Briton Oliver Jarvis has raced there in various categories as well. Furthermore, the German André Lotterer has been living in Tokyo since 2003 and regularly contests races in his adopted country.

“Fuji is always a very special challenge,” says Head of Audi Motorsport Dr. Wolfgang Ullrich. “It starts with the track, which combines one of the longest straights with very unusual corners. Plus, the weather here is always a crucial subject.” Setting up the two Audi R18 cars makes high demands on Audi Sport’s engineers. On the 1.4-kilometer start and finish straight, the race cars reach speeds of more than 300 km/h, whereas the middle sector features long, fast turns. At the end of a lap, there is a chicane, followed by a section with several narrow corners.

The weather around Mount Fuji makes for unpredictable conditions. In 2013, precipitation was so extreme that the race could not be started. Although last year Marcel Fässler (CH) took the lead at the beginning of the race and Loïc Duval achieved the fastest race lap, their performances did not result in victory. Fuji is the only race that has been on the FIA WEC calendar since 2012 which Audi has not yet won. “We’d obviously like to change that, even though we know how difficult that will be,” says Dr. Ullrich. The diesel hybrid sports car has proved absolutely competitive in the second half of the 2016 season. In the past three races at the Nürburgring, in Mexico and at Austin, Audi recorded 1,136 kilometers in the lead in total. Still, the battle for the top positions is as fierce as never before. In the rounds in Mexico and Texas, all three brands celebrated podium results with their hybrid sports cars.

Lucas di Grassi/Loïc Duval/Oliver Jarvis continue to be the best-placed Audi squad in the standings. They have reduced their deficit to the front runners to 37.5 points and 78 points can still be scored until the finale. In the manufacturers’ standings, Audi is trailing Porsche by 53 points, with 132 points yet to be awarded.

The 6 Hours of Fuji will start on Sunday, October 16, at 11:00 local time (04.00 CEST). On its German website, Eurosport will be offering live video streaming of the entire race free of charge and air live coverage of the final stage (08:30–10:15 CEST) on Eurosport 1. Audi will keep its fans up to speed on Facebook (AudiSport) and Twitter (@audisport).

Standings after six of nine rounds