Audi driver René Rast is the “ADAC Motorsportsman of the Year” 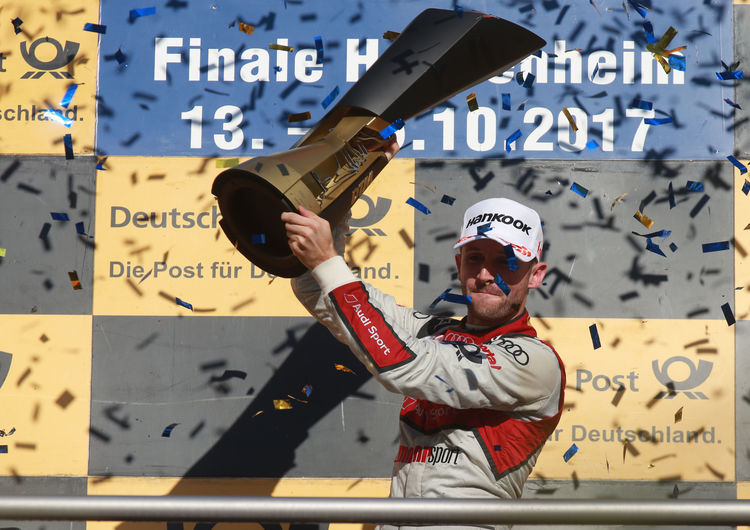 The DTM champion René Rast is the “ADAC Motorsportsman of the Year” in 2017. With this honor, the Audi driver has been recognized by the biggest German motor club for his strong season in motorsport, which he completed by winning the DTM title at Hockenheim just under three weeks ago.

“Being chosen as the ‘Motorsportsman of the Year’ by the ADAC is a great honor for me,” says Rast. “It is special to succeed Formula One world champion Nico Rosberg, who won this title last year.” The judges in the form of high-profile sports journalists and ADAC representatives based their decision on Rast’s hard work, dedication, mental strength and ability to keep a cool head in one of the hardest-fought motorsport championships.

René Rast took part in his first full DTM season in 2017, driving for Audi Sport Team Rosberg. Right from the beginning of the season, the 31-year-old featured at the sharp end of the standings. He celebrated his first DTM race win in Hungary. Rast began the final race of the season as one of four Audi pilots who still had a chance of winning the title. In the end, he achieved a sixth place and a runner-up result, which was enough for him to clinch the drivers’ title.

The ADAC and Rast have a long history together since the early years of his motorsport career. In 2003 and 2004, he took part in the Formula BMW ADAC. He won the ADAC Volkswagen Polo Cup title in his rookie year in 2005. Thanks to his success, the driver from Minden was promoted to the development program of the “ADAC Stiftung Sport.” In 2014, he won the overall drivers’ title in the ADAC GT Masters with an Audi R8 LMS. With the GT3 sports car from the brand with the four rings, Rast has achieved many successes in recent years, including victories in the 24-hour races at Spa, the Nürburgring and Daytona. In addition, he also raced for Audi in the FIA World Endurance Championship.

The “ADAC Motorsportsman of the Year” has been awarded since 1980. René Rast has added his name to the list of title winners that includes rally legend Walter Röhrl (1980), Hans-Joachim Stuck (1990), who won the DTM title in the first year of Audi’s factory participation, and the seven-time Formula One world champion Michael Schumacher (1992 and 2000). With Martin Tomczyk (2011) and Mike Rockenfeller (2013), DTM champions from Audi have also been named as the “ADAC Motorsportsman of the Year.”