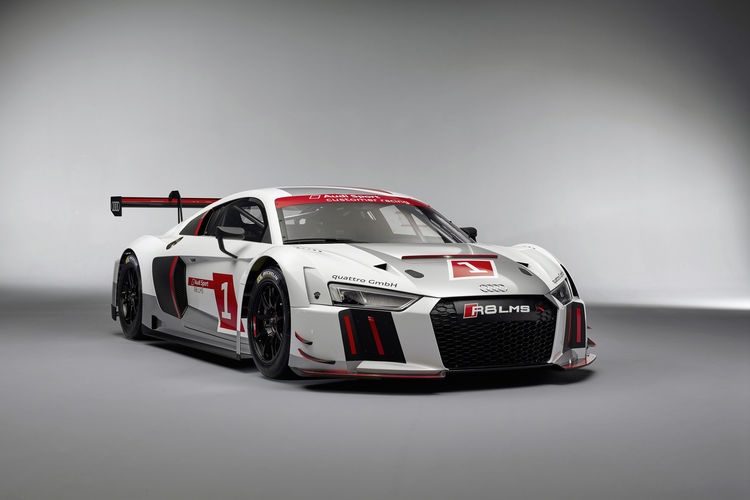 On March 28, the new Audi R8 LMS will be facing its baptism of fire in the VLN Endurance Championship Nürburgring. Seven weeks later, one of Germany’s major races will follow, with four new R8 LMS cars battling for success in the Nürburgring 24 Hours on May 16 and 17. On July 25 and 26, the world’s major GT3 race, the Spa 24 Hours, will be held. On board: four driver squads with Le Mans winners, an FIA WEC World Champion and Audi Champions from DTM and GT racing.

The Audi R8 LMS was in the spotlight at the Geneva Motor Show just recently, at the beginning of the month, and about three weeks later it has to prove itself for the first time in the ‘Green Hell’ of the Nürburgring. The Audi R8 LMS will be competing there on the last weekend in March. In the opening race of the VLN Endurance Championship, the Belgian Audi Club Team WRT and Team Phoenix Racing will each be fielding one of the brand new GT3 race cars. Both teams have excellent references. The Belgian team of Vincent Vosse decided the Spa 24 Hours in its favor last year, while Ernst Moser’s Phoenix squad based in the Eifel won the endurance race on its doorstep.

“Our new Audi R8 LMS is ready for a rigorous testing program in racing conditions,” says Romolo Liebchen, Head of Audi Sport customer racing. “We selected the two toughest 24-hour races in Europe that GT3 cars are permitted to compete in. In Phoenix Racing and the Belgian Audi Club Team WRT we’ve got two teams that have been spoiled by success at our side. Towards the end of the year we’re going to deliver a powerful new race car to our customers.”

Successful Audi race drivers from various motorsport series are going to take turns at the wheel of the Audi R8 LMS in the events at the Nürburgring and at Spa. The former DTM Champion Mike Rockenfeller and his fellow Audi driver Nico Müller, the Le Mans winners Marcel Fässler and Stéphane Ortelli, WEC driver René Rast, last year’s winners at the Nürburgring and at Spa, plus many other top-caliber GT drivers are completing the line-up of both teams.

In addition, the new Audi R8 LMS will be competing in selected other races in the 2015 season, such as the second VLN race on April 25 and individual rounds of the Blancpain Endurance Series.