Audi and EKS with strong starting base at Estering 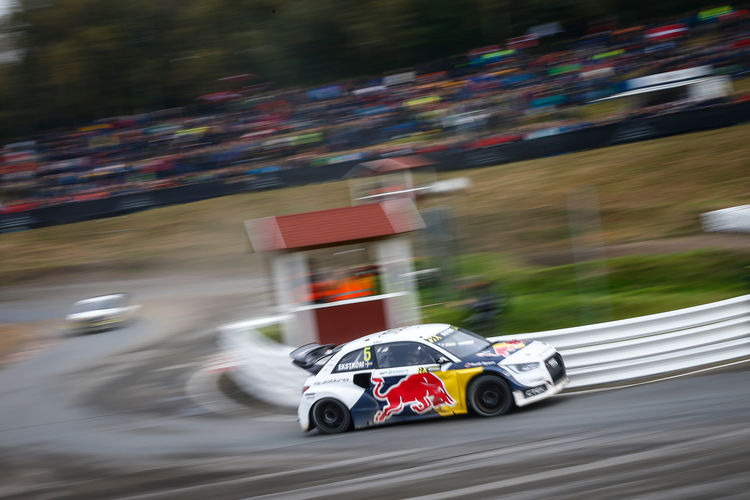 The 2017 FIA World Rallycross Championship is visiting Germany for the second time this year. Following the round at Hockenheim in May, the Estering in Buxtehude will host the penultimate event of the season. Together with his EKS teammates, Toomas Heikkinen and Reinis Nitišs, Mattias Ekström is battling for the fourth victory this season. In the drivers’ championship the Swede is currently in position three.

Last year, Ekström became the drivers’ world champion early at the Estering. “My memories of 2016 are still very much present,” says the Swede. “That’s when a dream came true. The World RX title in spite of fifth place in the final – incredible!” A victory with a family tradition. His father, Bengt, triumphed in the 1990 European Rallycross Championship at the Estering.

The tradition-steeped track near Hamburg features one of the most spectacular corners on the whole rallycross calendar. The narrow Turn 1 on the short, 952-meter track separates the wheat from the chaff and keeps delivering spectacular maneuvers. Like in the 2016 final when Kevin Eriksson from position five passed the field to take the top spot. The following sections are marked by full-throttle ones in which overtaking without mistakes by rivals is near-impossible. That is why a perfect start and the right tactics on the Joker lap are all the more important.

Audi and EKS have tested this year at the Estering, so entering the race weekend with respective self-confidence. “We’re traveling to Buxtehude loaded with confidence,” says Toomas Heikkinen. “The test at the Estering provided us with a lot of valuable data that we can now use to finish far at the front.” His teammate, Reinis Nitišs, shares this view: “In 2016, I was condemned to spectating, but this year’ I’m going for all-out attack again. The most recent round at Riga gave us a lot of new findings. Our minimum aim is to make it into the semi-finals of the twelve drivers with the best points scores with all Audi S1 EKS RX quattro cars."