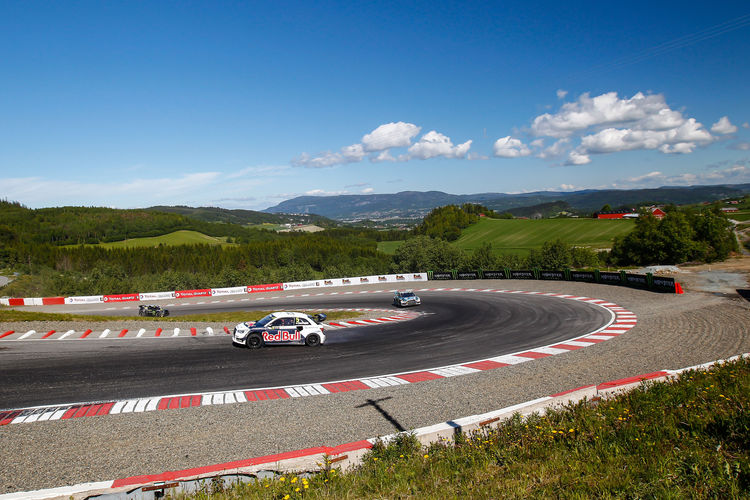 Hell, Norway, will be hosting round six of the FIA World Rallycross Championship next weekend. On the roller coaster track near Trondheim, 22 campaigners are going to battle for victory in the Supercar class from June 9 to 11. World RX Champion Mattias Ekström ranks in second place of the drivers’ standings after five of twelve rounds. EKS is in position three of the teams’ classification.

Round six not only marks the season’s midpoint for EKS. Hell plays an important part in the team’s history as well. In Norway, on June 14, 2014, the rallycross adventure began for Mattias Ekström and his squad. “That was a very, very stressful time,” Ekström says, looking back. “Before the first race weekend, the whole team put in one night shift after the other.” A helicopter had to deliver the engine for the second Audi S1 EKS RX quattro due to the lengthy preparations. Still, the strenuous efforts were worth it for Ekström: “At the start of race one, I had goose bumps all over my body.”

The reigning World RX Champion had to wait until 2016 to claim his first sporting success at Hell. Last year, Ekström finished on podium, in third place, on the challenging roller coaster track. There is no other circuit on the World RX calendar with greater vertical differences. Right after the start, on the way toward turn one, the track takes the field downhill and then on to the first uphill section. This is where the drivers have to make a choice: a normal or the Joker lap? The middle section of the circuit takes them into a deep valley. Those who fail to optimally handle the narrow turns will lose momentum and time on the “climb” to the finish line.

The northernmost circuit on the race calendar is situated on a plateau near a quarry and is a special place for EKS newcomer Reinis Nitišs as well. “I celebrated my first victory in the Supercar class on this track in 2014,” says the Latvian, who was only 18 when he clinched his first triumph and is still the youngest race winner in World RX history. At Hell, Ekström, Nitišs and Toomas Heikkinen in their three Audi S1 EKS RX quattro cars will be battling against 19 rivals in the Supercar class.