All the way to the top on the third go? 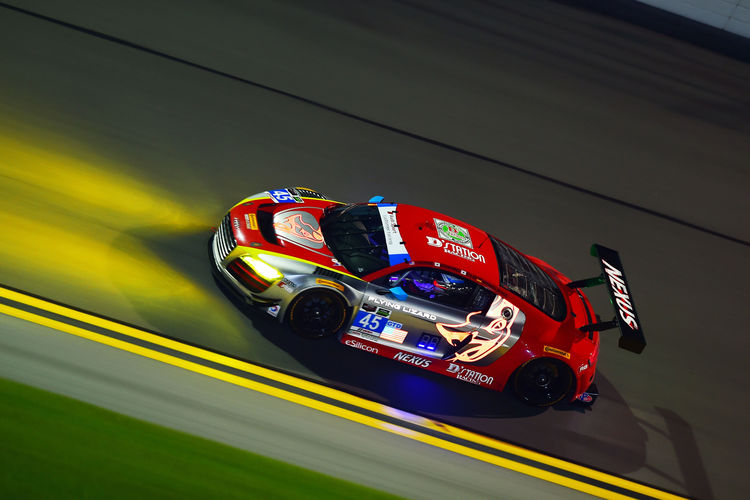 Palm trees, sunshine and an iconic endurance race: When Audi driver Markus Winkelhock talks about the 24 Hours of Daytona that he’ll be tackling next weekend in an Audi R8 LMS of the Audi customer team Flying Lizard Motorsports his eyes start to shine. “Daytona is a fascinating race,” the 34-year-old German raves about the event.

The 5.73-kilometer track not far from Florida’s wide sandy beaches is one of his favorite circuits. Since 1962, sports car races have been held at Daytona and the history can still be felt. “The atmosphere is fantastic. When you enter the infield through the tunnel you can see the fans sitting around their pit fires. In terms of driving, the steep turns in the oval are very special. We keep our foot on the gas pedal for a long time there. The right rear tire is subjected to extreme loads in the infield, where the track is very bumpy and not as flat as a pancake like tracks in Europe – a great mix and a true driving challenge,” says the German, who in 2014 won the 24-hour races at the Nürburgring and at Spa with Audi.

In January, the period of darkness at Daytona is longer than in the 24-hour races at Le Mans, Spa or at the Nürburgring. And the action typically remains thrilling up to the very end. “In U.S. racing, you’ve got the opportunity to recover laps due to the safety car periods. As a result, the gaps remain small. You’ve got to try hard to be in the group of the front runners in the last hour because the field battles for victory up to the end like in a sprint race.”

Winkelhock has competed twice before on the race track an hour’s drive north of the theme parks in Orlando and both times he experienced an emotional roller coaster ride there. In 2013, the German was on the verge of winning when, 200 meters before the finish line, the fuel gamble caused him to coast with an empty fuel tank and his Audi brand colleagues celebrated the first GT victory of the R8 LMS at Daytona. “In 2014, we were initially the winners because our immediate rivals received a penalty. But in the end, the penalty was revoked and we, unfortunately, only finished as the runners-up,” he recalls.

On the third go, Markus Winkelhock is aiming for the top of the podium. “I’m hoping for victory this time,” says the German who will be sharing the cockpit of his Audi R8 LMS of the Flying Lizard Motorsports team with the Japanese Tomonobu Fujii, Satoshi Hoshino and the American Robert Thorn. “For my team-mates, this is the first race in an R8 LMS at Daytona but the track tests were promising.”