World RX: Ekström on course for semi-final in Portugal 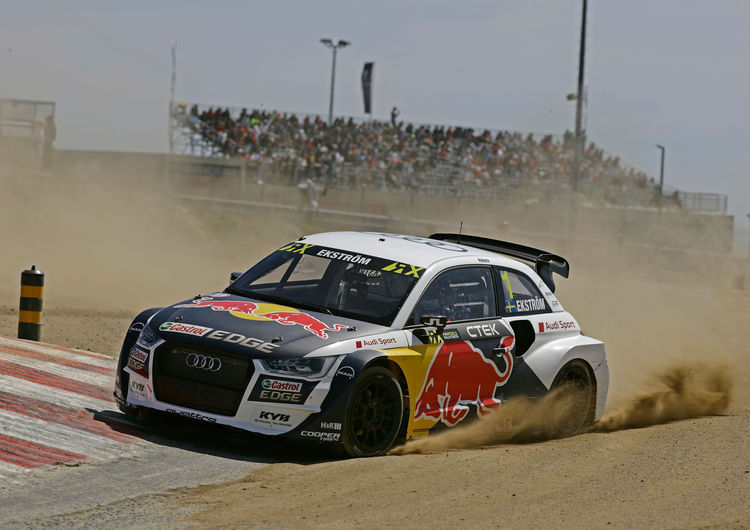 At the second round of the FIA World Rallycross Championship in Montalegre, Mattias Ekström is on course for the semi-final for the twelve best drivers. After two of four qualifying heats, the defending World Champion lies fifth overall in his Audi S1 EKS RX quattro. In brilliant sunshine and temperatures over 20 degrees Celsius, the drivers had to fight against severe dust on the gravel sections of the 945 meter long track. “In my second heat I was as good as flying blind behind Petter Solberg, but we all have to cope with these conditions,” said Ekström and added combatively. “Here in Portugal we will as always leave no stone unturned in order to take the next trophy home.” His EKS team mates Reinis Nitišs and Toomas Heikkinen also still have every chance of making the semi-final after the first day. Nitišs is tenth, Heikkinen currently 13th.