World RX: Audi driver Ekström in front after day one 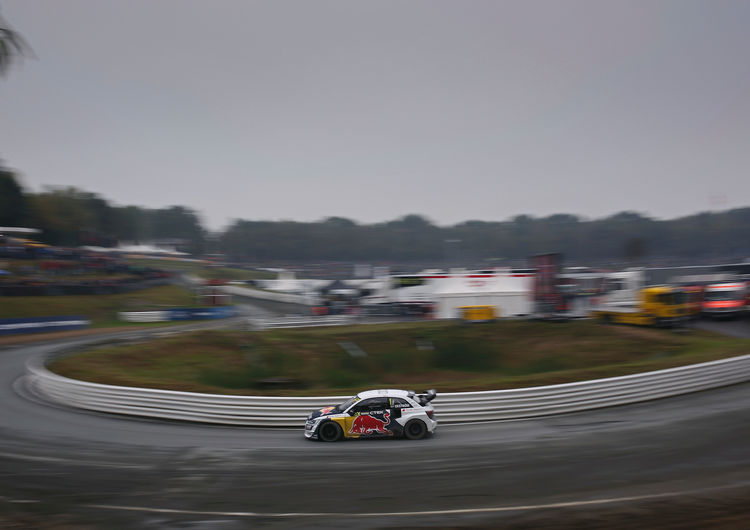 Mattias Ekström made a dream start to the eleventh round of the FIA World Rallycross Championship at the Estering. The 2016 World RX Champion won both of his qualifying races to lead at the halfway stage. The Swede has 95 points to his name and, as a result, an eight-point advantage over his countryman Timmy Hansen. Double World Rallycross Champion Petter Solberg follows in third place (81 points). “That wasn’t an easy day,” says Ekström. “The track was very slippery in places after the rain, but everything ran without problems twice. I’m especially satisfied with my starts.” At the penultimate round of the season, Audi and EKS can once again justifiably hope to get every Audi S1 EKS RX quattro into the semi-final for the twelve drivers with the most points. Toomas Heikkinen and Reinis Nitišs were also victorious in one race each and hold seventh and tenth place overall after the first day. The action continues at traditional venue Buxtehude near Hamburg with qualifying 3 on Sunday at 10:00 CEST.