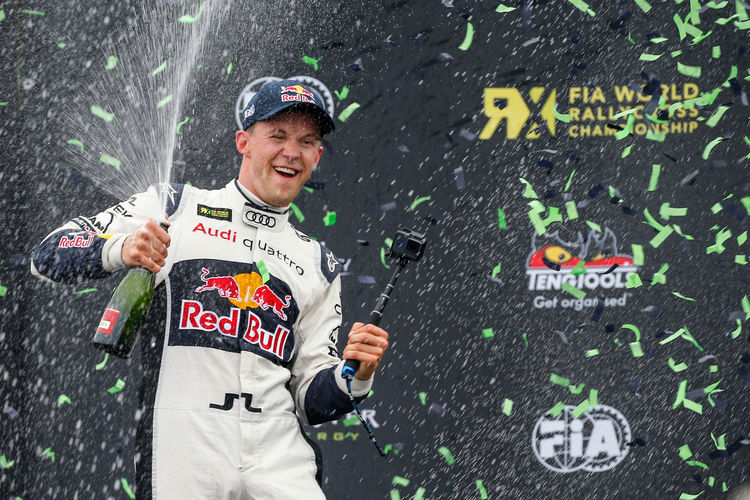 Mattias Ekström finished on podium again in round ten of the FIA World Rallycross Championship at Riga. In the finale, the Swede, in position two, only had to admit defeat to the nine-time World Rally Champion Sébastien Loeb. With his sixth podium result this season Ekström extended his advantage in the overall classification. With two more race weekends to go, the Audi DTM driver is 27 points ahead of his compatriot Johan Kristoffersson – a maximum of 60 points can still be scored by the drivers. In the teams’ classification, Ekström, together with his EKS teammate Toomas Heikkinen, is in the top spot as well, with an eight-point advantage over Team Peugeot Hansen. The penultimate round of the season will be held at the Estering in Buxtehude on October 15 and 16. On the tradition-steeped race track near Hamburg, Ekström will be able to secure the world championship title early.