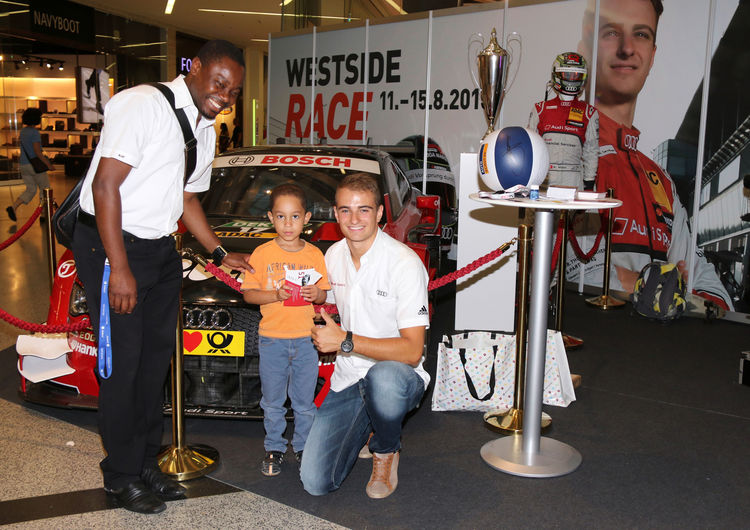 In Bern, visitors of the Shopping and Leisure Center Westside demonstrated their racing skills this weekend. They competed against Audi driver Nico Müller in DTM Raceroom simulators and won various prizes, including tickets for the DTM season finale at Hockenheim. The 23-year-old DTM race driver from Thun also signed autographs for the numerous fans at the largest and most modern shopping center in the Bern region on Friday and Saturday. “It’s great that the audience has so much interest in our sport,” said Nico Müller. “Many people had their picture taken in front of the Audi RS 5 DTM and were tremendously thrilled after competing in the simulator game.”