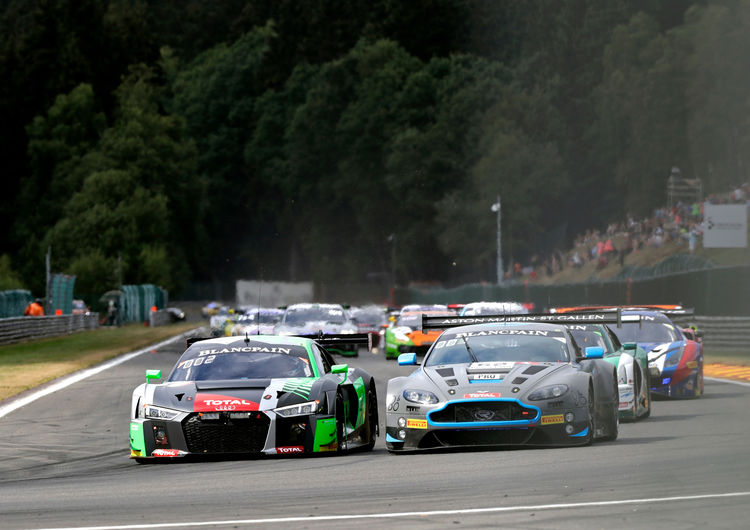 During a turbulent opening phase of the Spa 24 Hours, two of the teams from Audi Sport were running among the best ten cars. The no. 2 Audi R8 LMS from Audi Sport Team WRT with Robin Frijns, Nico Müller and René Rast was in third place after four hours of racing. Initially, they led the race, but the full course yellow phases resulted in the entire classification being turned upside down. Last year’s race winners Audi Sport Team Saintéloc followed in sixth position with Christopher Haase, Frédéric Vervisch and Markus Winkelhock. No fewer than seven different brands were represented in the first ten positions. A strong comeback drive from Christopher Mies, Alex Riberas and Dries Vanthoor: The leaders of the Blancpain GT Series Endurance Cup standings had to fight back from last position after having to serve a penalty in the race, which was issued after qualifying. The driver squad from Audi Sport Team WRT improved from sixty-third position up to thirtieth during the first sixth of the race. Aust Motorsport was among the front runners in the Silver Cup. Tobias Dauenhauer, Philipp Frommenwiler, Loris Hezemans and Nikolaj Rogivue were running second, only seven seconds behind the class leaders.