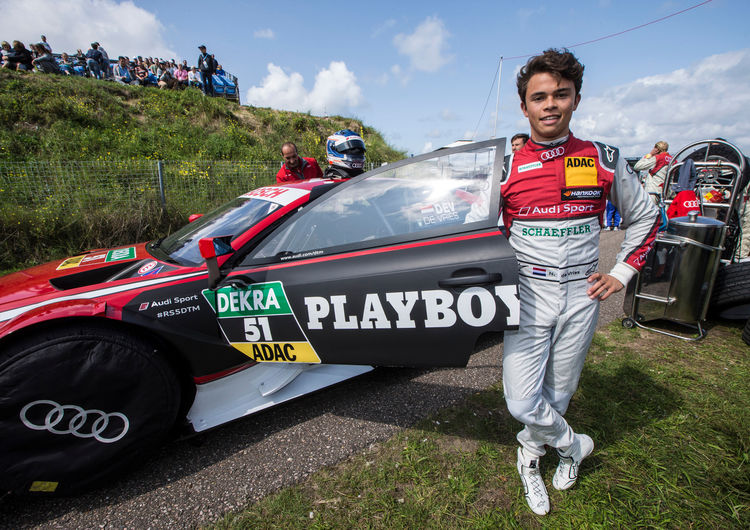 Six young drivers will receive the opportunity to test the Audi RS 5 DTM at the annual DTM Young Driver Test at the Lausitzring this upcoming week, from October 24 to 26. The South African Jonathan Aberdein (19 years old) competed in the ADAC Formula 4 and stood on the podium four times this year. His father, Chris Aberdein, drove for Audi in touring car racing during the 1990s. The Austrian Ferdinand Habsburg (20) impressed with a race victory and by placing seventh in the overall drivers’ classification of the Formula 3 European Championship. With that same result, Dutchman Nyck de Vries (22) closed this year’s Formula 2 Championship season. Alex Palou recently debuted in the Formula One feeder series. The 20-year-old Spaniard finished third overall in the 2017 All-Japan Formula Three Championship. Dries Vanthoor (19), the younger brother of former Audi GT driver Laurens Vanthoor, drove an Audi R8 LMS for Belgian Audi Club Team WRT in the Blancpain GT Series in 2016 and 2017, finishing fifth in the drivers’ classification of the 2017 Sprint Cup season. The sixth driver in the group of young test drivers is Yann Ehrlacher (21). The Frenchman celebrated a victory in the 2017 World Touring Car Championship. Nico Müller will be the reference driver for Audi Sport at the Lausitzring.