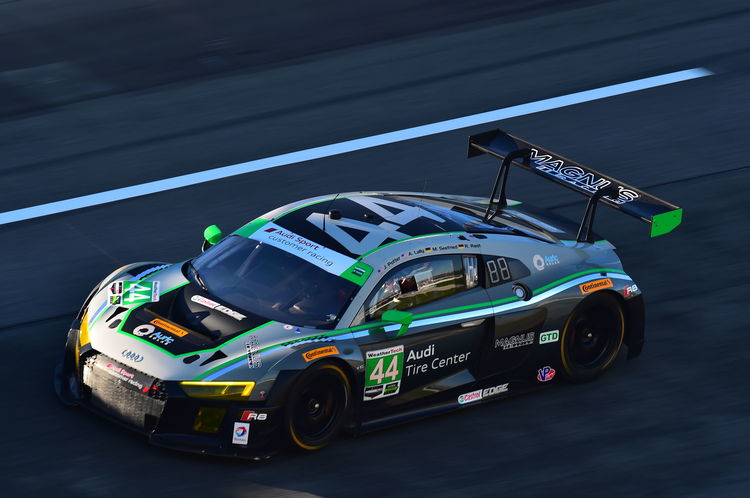 In a dramatic finale of the Daytona 24 Hours (USA), Magnus Racing secured victory in the GTD category. This was the second GT class victory for an Audi Sport customer racing team in the endurance race in Florida since 2013. Audi driver René Rast (D) and his teammates Andy Lally, John Potter and Marco Seefried (USA/USA/D) managed an impeccable race in the Audi R8 LMS. To save fuel, Rast as the race leader, had to let Italian Fabio Babini in the Lamborghini Huracán GT3 pass him nine minutes before the checkered flag fell. Just shortly before the end, the Audi driver overtook Babini again and went on to take class victory in the GTD category. After 2012, this marked the second GTD class victory for Rast in the iconic North American race with Magnus Racing. As a result, the new generation of the Audi R8 LMS customer race car, following its successes in the 24-hour race at the Nürburgring, the Sepang 12 Hours and the Dubai 24 Hours, clinched an amazing fourth triumph in a major endurance race. The Daytona 24 Hours opens the season of the IMSA WeatherTech SportsCar Championship, North America’s most important sports car championship. The next round will be held at the Sebring 12 Hours from March 16 to 19.