Rallycross: EKS Audi Sport in front of a large crowd 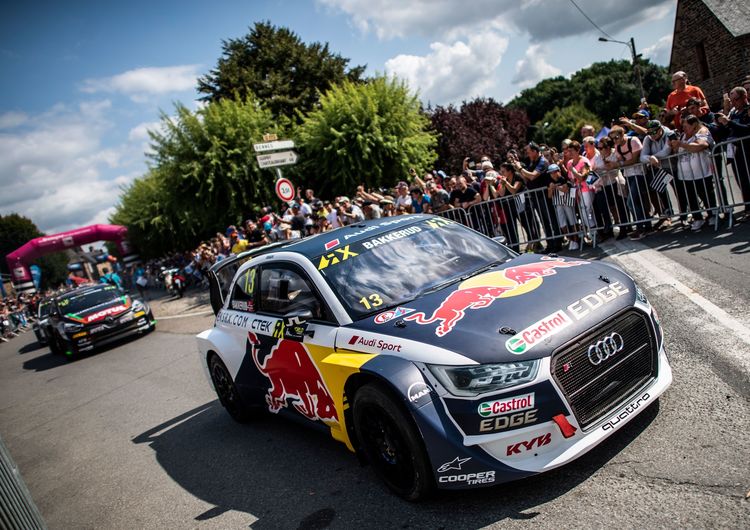 Appearance in front of enthusiastic fans in France: At the traditionally biggest event of the World Rallycross Championship at Lohéac, EKS Audi Sport drivers Mattias Ekström and Andreas Bakkerud got in the mood for the racing action during the traditional parade through the Breton town on Friday. Up to 75,000 fans are expected to turn out this weekend for the eighth in a total of twelve rounds this season. For a video shoot, Andreas Bakkerud fortified himself for the task with a baguette (to be watched on YouTube http://bit.ly/2wEhqJ4 ). Two qualifying sessions each will be held on Saturday (September 1) starting at 1.40 PM and on Sunday (September 2) starting at 9.15 AM. Highlights of the weekend will be the semi-finals and final on Sunday at 3 PM. SPORT1 will air live coverage on Sunday from 2 to 4 PM (CEST) both online at www.sport1.de and on TV on SPORT1+. Starting at 11 PM, SPORT1 will carry a summary report on its main channel.