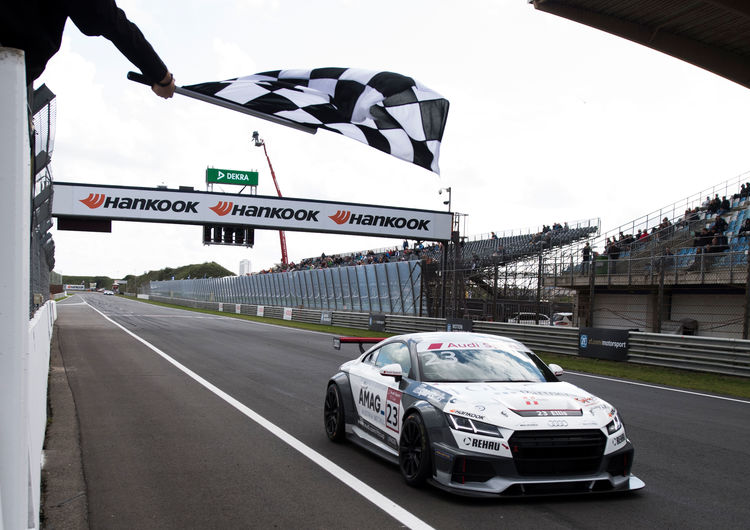 Philip Ellis celebrated his fourth victory in the seventh race of the Audi Sport TT Cup at Zandvoort. The Briton, who started from pole position, won with a 5.2-second advantage in front of the Spaniard Mikel Azcona. In doing so, Ellis has extended his lead over Azcona at the top of the table by four to 37 points. Tommaso Mosca completed the podium in third. The Italian, who is also the best rookie in the field, has thus now stood on the podium twice in a row. The fastest woman on track was Gosia Rdest in fourth. The former Formula 1 driver Giedo van der Garde was the best of the guest starters, finishing twelfth in his home race in the Netherlands.