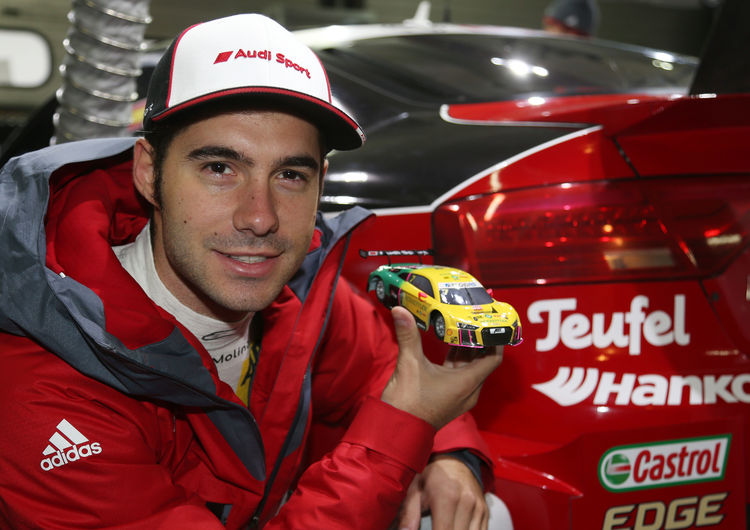 A side trip to the Rally Spain, triathlon participation, Halloween party, attendance of the Audi Awards in Barcelona: there’s been no chance of boredom for Miguel Molina since the DTM finale at Hockenheim. And on the weekend of November 14/15, another special mission will be on the agenda of the Spanish Audi factory driver. With a 1-24-scale Audi R8 LMS, he’ll be contesting the Hamburg 24 Hours for slot cars for the second time. One of his teammates will be the five-time Le Mans winner Frank Biela. “After second place last year, our aim this year can only be victory,” says Molina. “But there’s fierce competition.”