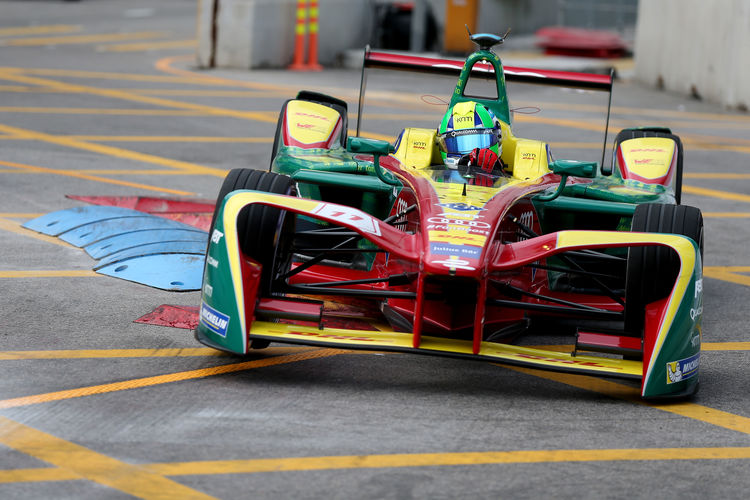 Spectacular Formula E season opener in Hong Kong: Lucas di Grassi and ABT Schaeffler Audi Sport secured second place thanks to a tactical masterstroke. After a slip up in qualifying, the Audi factory driver only started the race from 19th on the grid. An accident in the second corner, when di Grassi was unable to avoid another competitor’s accident happening in front of him, forced him to make a first unscheduled pit stop to change a damaged front wing. This dropped him to the back of the field again. di Grassi used another safety car phase to make the mandatory car change. A comeback drive onto the podium was secured by following a strict energy saving driving style around the city track beneath the skyscraper filled skyline. It is the 14th podium finish in Formula E for the 32-year-old. Teammate Daniel Abt was also involved in a collision at the start, but had to retire his damaged car in the pits. To start the third season of the electric racing series, Audi increased its involvement with the only German team and plans to expand its factory motorsport program to include Formula E for the 2017/2018 season. Audi factory driver Loïc Duval (Faraday Future Dragon Racing) was 14th. In one week, Duval and di Grassi will share an Audi R18 cockpit at the seventh WEC race at Fuji/Japan.