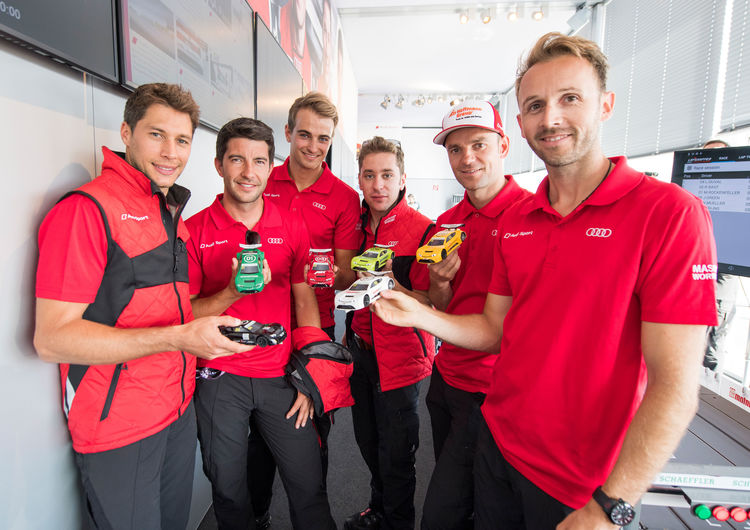 Loïc Duval secured victory in the now traditional Audi Slotcar Challenge staged during the DTM race weekend at Zandvoort. Starting from pole position, the Frenchman beat his five DTM stablemates in a turbulent race around the slotcar race track in the Audi Team & Media Hospitality. René Rast and Mike Rockenfeller completed the podium. In the subsequent championship round for the “little big ones” slotcar race series RCCO, Team tv racing clinched a one-two finish for the new Audi e-tron Vision RCCO.