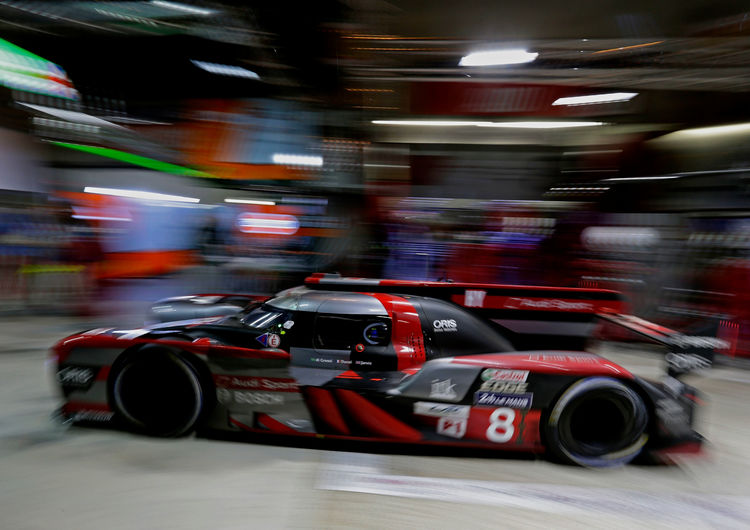 With two thirds of the Le Mans race duration behind the teams, Audi is in fourth and fifth position respectively. At dawn, Lucas di Grassi only came to the pits for refueling. In the number “8,” he was fourth and handed his car over to teammate Loïc Duval shortly before 7 o’clock. One position down, Benoît Tréluyer was behind the wheel of the sister car with a deficit of seven laps. The Frenchman also had an uneventful stint in which his car only got refueled. Marcel Fässler took the car over before the last third of the race.