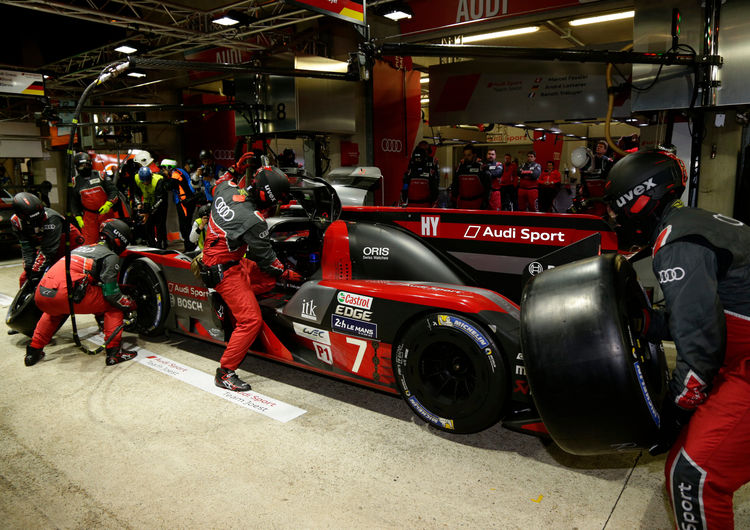 Audi R18 #8 is back on course. Marcel Fässler missed a braking point, couldn’t engage a gear and drove electrically. Only then he could engage gears regularly again. After the halfway mark, André Lotterer got into the car and started his stint with fast laps for another comeback drive. By 4 o’clock in the morning, the car was in sixth position with a twelve-lap deficit to the leader.

The sister car was driven during the thirteenth hour by Oliver Jarvis. Audi R18 #8 was running in position four, two laps behind.