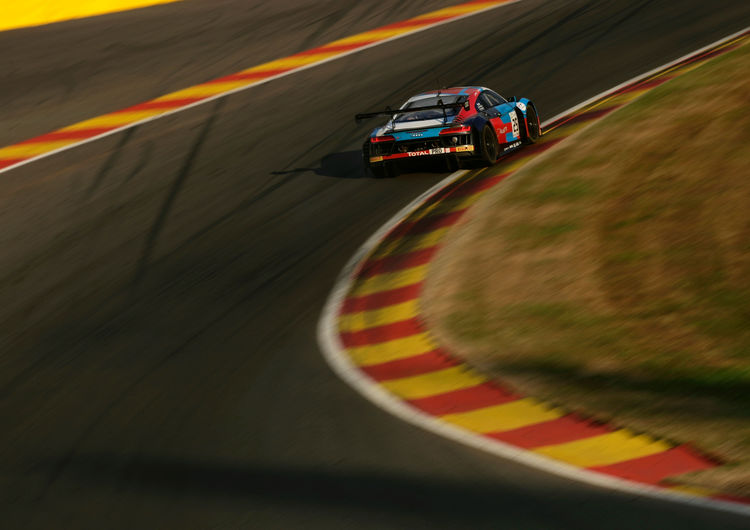 The 2018 Spa 24 Hours remains open after 320 completed race laps. All of the teams completed their mandatory five-minute technical pit stops during the second third of the race – those who combined this with the various full course yellow phases achieved a clear advantage. As planned, all of the Audi teams changed the front brake disks and pads on their R8 LMS cars. Last year’s race winners Audi Sport Team Saintéloc pitted the no. 25 entry at an advantageous moment and thus Markus Winkelhock held second positon after sixteen hours of racing. As one of only seven remaining cars, the Audi R8 LMS of the French squad was still running on the lead lap. Sheldon van der Linde from Montaplast by Land-Motorsport was in eighth position. René Rast was behind the wheel of a third Audi R8 LMS that was running near the front of the field, with the DTM champion holding tenth position. Only two places further back was the Attempto Racing with Pieter Schothorst. Fourth position within the Silver Cup was held by Nikolaj Rogivue from Aust Motorsport.