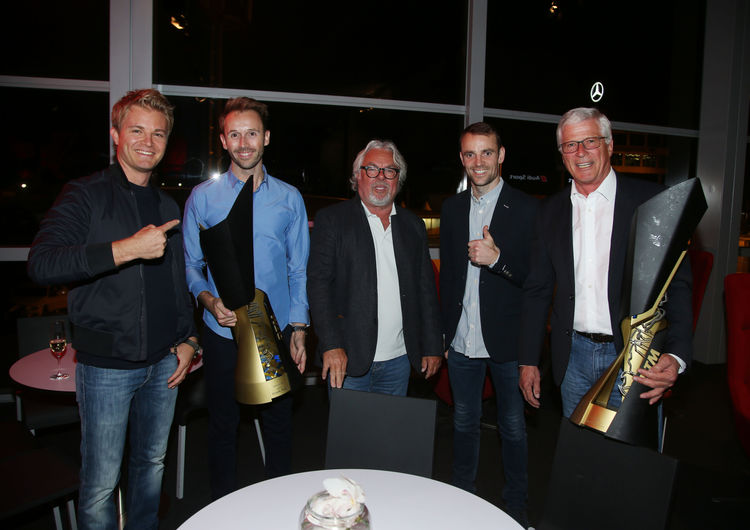 Audi Sport Team Rosberg enjoyed congratulations from two exceptional personalities during the evening following the final race of the 2017 DTM season: The namesake of the racing team, Keke Rosberg, made good on his promise to team manager Arno Zensen and travelled to Hockenheim to celebrate the team’s double triumph in the drivers’ and teams’ championships. Previously, the former Formula One world champion refrained from inviting himself to the events to sit by the pit wall, because this has never ended in a race victory. The joy from the team was even greater when Rosberg’s son Nico, the reigning Formula One world champion, spontaneously decided to also join the festivities at Hockenheim, in order to congratulate Audi Sport Team Rosberg on its success with René Rast winning the drivers’ standings and the title in the teams’ rankings.